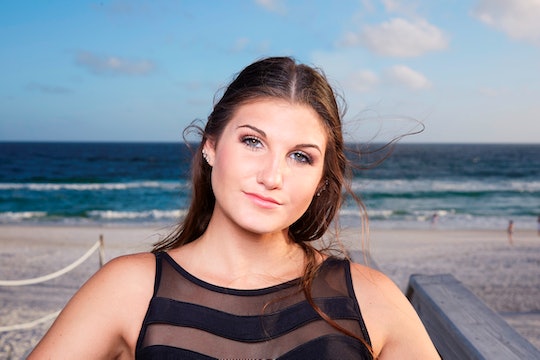 This 'Floribama Shore' Star Will Be Your Instant Favorite

For those of us who were dedicated Jersey Shore fans back in the day, the news of a new Shore show was exciting, to say the least. However, as Kortni Gilson, one of the stars of the new installment in the franchise will tell you, don’t try too hard to find the southern versions of Snooki and the rest of the Shore gang, because it’s definitely a new mixed bag. So who is Kortni Gilson from MTV Floribama Shore? The Panama City Beach resident, born and raised, was more than ready to show her fellow houseguests a good time when filming began earlier this summer.

As a resident of the area already, you can see Kortni in the trailer for MTV Floribama Shore saying, "I’m in my element, this is my town." And, as she told TooFab.com, fans definitely shouldn’t be comparing the new series to the original that began the whole thing and became a phenomenon in its time. "I don’t necessarily feel like any of us, are any of [the original Jersey Shore cast]," Kortni said. "I feel like we are all our own individual person." She also added: "The only thing similar, I would say, is putting eight people in a house and giving them some alcohol and watching them and seeing what they'll do."

Judging by the promos alone, the cast of MTV Floribama Shore filmed a first season full of the drama, fighting, hooking up, and partying that fans are going to expect going into it.

Before she was cast as one of the members of the new reality show, though, Kortni was already getting pretty wild. The 21-year-old is a former Coyote Ugly bartender, so I think it's safe to say that she isn't shy at all and can really bust an impressive move out on the dance floor.

Kortni is also very close to her family, though, and as she told Entertainment Tonight, during the filming of MTV Floribama Shore Season 1, there were a lot of calls made to her nearby home. "I loved filming in Panama City Beach because if I needed my mom to bring me something, I'm like, 'Girl, I need you here right now,'" she admitted. "There were probably about 30 calls to her, at least, like, five a day."

But if you think you've got Kortni all figured out, then think again. According to her MTV.com bio, she goes by the nickname of "Krazy Kortni," so I can only assume puts further emphasis on her ability to be unpredictable. Just when you think she's going right, she goes left. And honestly, not knowing what to expect from her already kinda makes Kortni my favorite.

The former bartender also occasionally models for Me Clothing Line, but I have a feeling we’re going to be seeing Kortni's storyline center around dancing and fighting rather than watching her try to find her next modeling gig this season. At 21, Kortni just barely made the cut for MTV Floribama Shore, and as a resident of Panama City Beach already, she’s no doubt going to bring some of the initial excitement to the new Shore show.

MTV Floribama Shore might be the first one of its kind in the U.S. since Jersey Shore ended all the way back in 2012, but with a whole new cast, a totally different decade (think dabbing and twerking, as opposed to fist-pumping), and a different region altogether, the show is probably going to be able to hold its own.