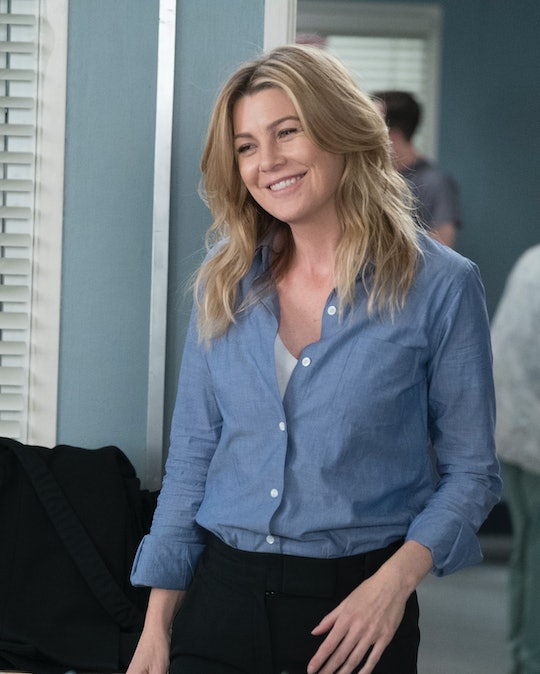 Meredith May Have A New Love Interest On ‘Grey’s Anatomy’

Let's get something straight right now before the pitchforks come. No one could every really truly replace Derek on Grey's Anatomy, but when they introduced Dr. Nick Mars (Scott Speedman) on Thursday's episode, it was clear that he may be the guy to finally be someone for Meredith to truly move on with. So, who is Nick on Grey's Anatomy? He was introduced at the beginning of the episode as another surgeon, but he quickly became a patient under Meredith's care when she treated a blood clot that resulted from his recent kidney transplant.

While waiting for test results throughout the day, the two bonded over pretty much everything in their personal lives, and it was basically like fast-forwarding through the part of a first date where you get to know somebody. So yeah, they could definitely be a thing sooner rather than later. At the end of the episode, with his life officially saved and his health on the way to recovery, Nick kicked up the flirting a few extra notches, but Meredith declined.

Later, she confided in Alex, "He made me feel something that I haven't felt since Derek." Then, there was a blink-and-you'll-miss-it shot of a much younger Meredith seeing Derek for the first time at the local bar. I know Nick is brand new and everything, but if that wasn't clear foreshadowing, then I don't know what is.

Throughout the episode, it was clear that Nick was crushing hard on Meredith and by the end, the feeling seemed pretty mutual, but Meredith refused to do anything about it since he was still officially her patient. And I think the past has shown us that the doctors of Grey Sloan Memorial Hospital dating patients doesn't usually work out for the best. But Nick has come the closest to being like another Derek for Meredith than anyone else has so far, including Riggs.

He's got zero baggage it seems, no spouse, and no children except for a niece he takes care of on his own. He's also a doctor, which seems to be Meredith's type, so if her list of must-haves for a partner include being able to perform surgery and having a naturally flirtatious smile, then he's already well on his way.

When it was announced back in February that Speedman would be appearing on Grey's Anatomy this season, there was no confirmation of how many episodes he would be in, but the way Meredith and Nick's first interactions went, it definitely seemed like there could be something real there. And not just a hookup in the on-call room type of thing. Granted, the character lives in Minnesota, but there's always room for more surgeons at Grey Sloan Memorial Hospital, right?

Right now, Speedman stars on TNT's Animal Kingdom, but his character's life was left hanging in the balance at the end of the show's second season. Since things don't look great for him on Animal Kingdom, though, there's a chance that it could free up his schedule considerably to come back to Grey's Anatomy for more episodes and perhaps for the chance to be the new Derek in a small way.

It's obviously too soon to know for sure if and when Nick will be back to form a real love connection with Meredith, but I highly doubt there was that ending scene callback for nothing. If Meredith really is feeling something she hasn't felt since Derek was alive, then this could be the real deal and an endgame type of love for her. And since Nick won't be her patient for long, there's no reason why two doctors can't make a romance work.