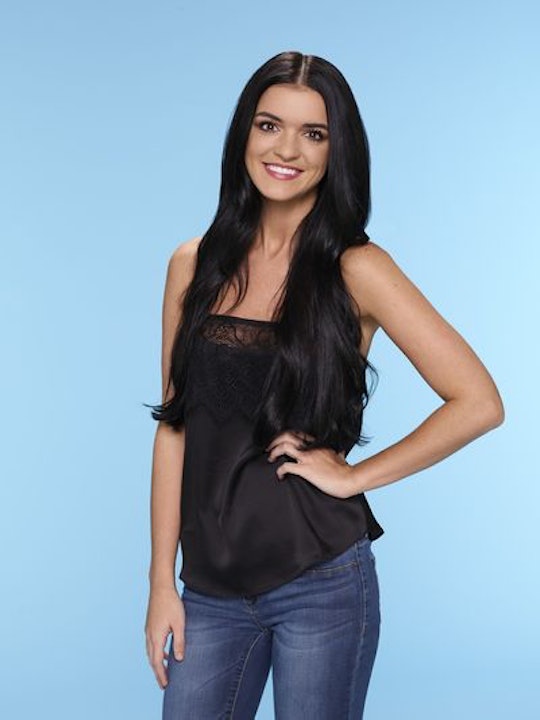 Raven May Have What It Takes To Win Nick's Heart

The time for narrowing down your list of possible Bachelor frontrunners is coming, which means that you are totally allowed to start thinking about your final picks. And while certain contestants like Corinne or Alexis (Shark Girl) come to mind, there are some others who are making their way into the spotlight and potentially into Nick's heart. Like Raven, the 25-year-old business owner from Arkansas who seems a lot more mature than you'd think. But who is Raven from The Bachelor?

At 25, she might seem young to be looking for someone to settle down with and actually marry, but she also owns her own business and seems to have a good head on her shoulders. So something tells me that, despite her age, Raven might be able to make it far with Nick on The Bachelor this season. She didn't have a gimmick coming out of the limo on the first night and she hasn't taken it upon herself to cause a ton of drama among the group, but she has, very quietly, managed to continue along the ranks and earn a rose each and every week. And judging by the woman you see on her social media accounts, Raven seems like a legitimately cool person in real life too. Here's a few things you may not already know about her...

She Owns Her Own Business

Raven owns her own clothing boutique, Grey Suede, back home in Arkansas, but the shop also has a website that previously featured a Bachelor countdown, so she definitely knows how to utilize cross-promotion. According to the website, Raven opened the store at 24 after spending a year in law school, and made it a point to be able to produce affordable fashion for young women everywhere.

She Keeps It Real

When Raven talked about Corinne exposing herself on The Bachelor, she was understandably censored, as the word has a place among taboo terms on network TV. But you have to love the way Raven addressed that in real life and was unafraid to point out how odd it seemed for someone to be able to go topless, but to be censored when talking about it.

Being from Arkansas, it's almost a rite of passage to be a hunter in some capacity. For Raven, that means duck hunting with her family and dog. But the best part is that, according to her caption under this Instagram photo, Raven was doing the duck lips under her mask, and that is everything.

She's The Southern Belle This Season

This season on The Bachelor, there have been a couple contestants from Texas, a few from Florida, and one from Kentucky, but for all intents and purposes, Raven is the southern belle of The Bachelor right now. She even has the charming accent, which just adds to her adorable allure.

So far, Raven from The Bachelor hasn't done anything to ruffle feathers or start drama, but the obviously mature 25-year-old business owner seems to be there for legit love and in the end, that's the most important kind of contestant. It may not be what fans want at the beginning (because drama is everything), but when it's all said and done, she's the contestant viewers need.