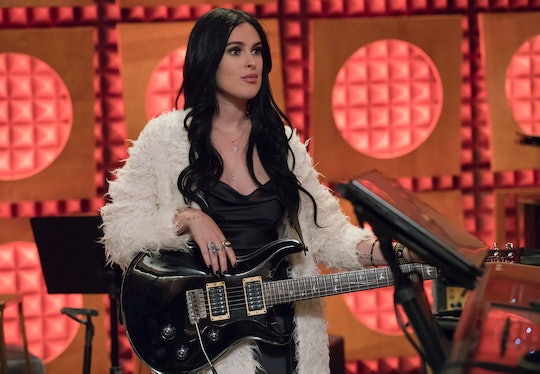 Tory Ash Could Become A Problem On 'Empire'

One of the reasons fans love Jamal so much is because he sees the good in people and makes friends easily. He’s also not routinely tormented by a dead wife or playing games with different women on-stage, so he’s definitely the most approachable of the Lyon brothers. So it’s not really surprising that he found a friend while in rehab, but who is Tory Ash on Empire?

She might be Jamal’s new best friend, but she doesn’t seem like the best influence. I feel like every season, Jamal sets out to create some monumental comeback piece of music, and apparently that’s the route they’re going yet again. Only this time, it looks like he’s going to be doing that with Tory. But in the few interactions viewers have seen of her on Empire, it’s clear that the talented (but out of work) singer has a lot more going on than meets the eye.

She’s immediately mouthy with Cookie, insistent on wanting to meet Lucious instead (why, though?) and later, she and Jamal bust out of rehab together to record music. Now, their reason for sneaking out could have been a lot worse, but what if Tory’s goal is to use Jamal for his musical connections? According to Deadline, the new character will definitely be looking for a way to get back into music, but “her own attempt to make a crossover comeback and her unwillingness to shy away from controversy will have ripple effects throughout Empire.”

Take that how you will, but on IMDB Rumer Willis is listed to appear in more than just one episode this season, so Tory might fly through Jamal’s life like a hurricane and leave him worse than when she found him. The singer had a meltdown similar to Jamal’s on Empire, only apparently her drug problem had to do with heroin. When she and Jamal go missing, Cookie and Lucious found them at a recording studios across town and thankfully all they were doing was playing music rather than falling back into bad habits. But that doesn't mean Tory won't still become a bad influence for Jamal.

So far, Tory hasn’t given any indication that she’s bad, per se, but she’s obviously a strong personality and almost too fearless. She’s also a singer struggling to make a comeback and if she can become permanently linked to Jamal, then she can easily wiggle her way into any album. Or, better yet, her own. Honestly, right now the most surprising thing would be for Tory to turn out to be one of the good guys, which on this show can be few and far between.