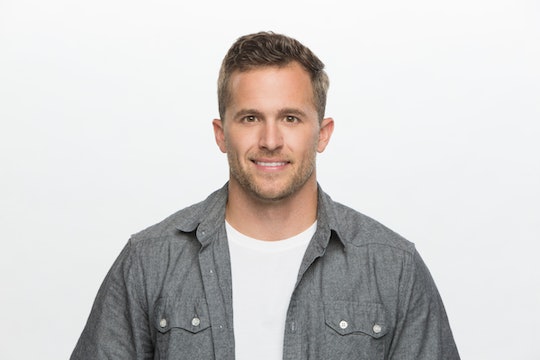 Winston Hines Might Be Too Pure For 'Big Brother'

Out of all of the Big Brother houseguests this season, there are likely only a handful who are really here to play the game and take it as seriously as possible. OK, so maybe there is some fun in getting attention and social media followers while also developing a showmance, but there’s also half of a million dollars on the line and Winston Hines really seems to get that. So, who is Winston Hines on Big Brother?

The houseguest is a new fan of the show, but also kind of a super fan since he spent the past year catching up on several seasons of Big Brother and getting to know the game inside and out. He also read former contestant and legendary houseguest Derrick Levasseur’s book, The Undercover Edge. If that isn't dedication, then I really don't know what is. But because of his interest in the game itself, Winston seems to be here to play the game rather than mess around and dig himself into a hole before he’s had a chance to really gain his footing.

In his pre-show interview with Ross Matthews, Winston revealed that he may be the odd man out this season. He’s not big on social media and has lived alone for the past two years with only his dog for company, and that’s the way he likes it. Living in virtual solidarity, Winston clearly isn't here to make America adore him. But they might end up loving him anyway because he seems like one of the more down-to-Earth and genuine houseguests that the show has seen in a while.

He’s also single, but he is not in this for a showmance. I know, that’s what they all say, but Winston also added, "I’m here to play the game that I fell in love with." And you have to respect that. Besides, he’s definitely all about being a dog dad anyway, since he revealed on his Big Brother bio that he secretly writes notes to his dog before he leaves for work every morning.

Speaking of work, Winston is a medical sales rep outside of Big Brother, but as he told Ross, he accepted a job right before being cast for the show, so he might actually be unemployed right now. Here’s hoping that Big Brother is worth it for this guy in the long run.

As far as strategy in the Big Brother game goes, Winston seems to be pretty realistic. "The best alliances are the ones that go unseen," he told The Hollywood Reporter. "I'm hoping to establish that with the right kind of character." He also plans to learn from the mistakes of past houseguests, as he said in his Big Brother bio. "I hope to use my interpersonal skills to gain trust from key individuals identified early. But unlike Cody Nickson from last year, you cannot come in and split the house too early. It's a waiting game." Let’s just hope Winston can stick to his guns, because as long as he keeps his head in the game and stays focused, he could go far. Then again, there are plenty of factors that often shake things up.

More than anything, I can see Winston playing a big social game that might stick and allow him to gain some strong allies if he plays it right from the beginning. As we all know, one wrong move at the start can set the tone for the season, depending on the houseguest. I don’t know if Winston will make it all the way to the end if he’s as friendly and genuine as he seems, but stranger things have happened.