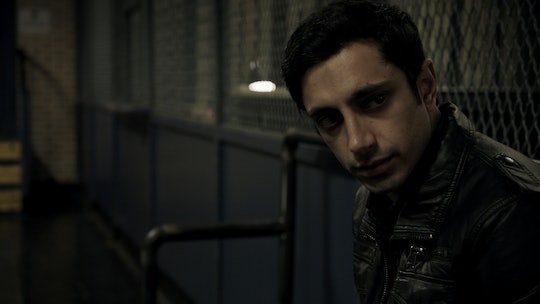 Who Killed Andrea On 'The Night Of'? There Are More Suspects Than You Think

If you watch The Night Of and afterward find yourself simultaneously suspicious and sympathetic, you aren't alone. It's hard to not feel for Naz as he goes through the motions of being arrested, charged for murder, and put in jail with scary, experienced criminals. And it's also easy to assume that Naz is innocent, but if he didn't do it, who killed Andrea on The Night Of? At first glance, the only real suspect is Naz, but there are plenty of things to look at elsewhere.

For example, the fact that Naz wasn't absolutely covered in blood, as he should have been if he killed Andrea with the kitchen knife. There was blood pretty much everywhere but on Naz. And, as we're supposed to be thinking anyway, Naz is seriously the last person you would expect to commit any crime, let alone murder. The Night Of brings back memories of Making A Murderer, where the evidence was just piled up and certainly made the suspects look guilty, but could have all been circumstantial. Maybe if Naz didn't have the lost puppy dog look locked down, it would be easier to believe that he committed the crime, considering the scene of the crime. But even so, it's likely not going to be so cut and dry of a story.

As of right now on The Night Of, everyone is a suspect. That's what they like to say of horror movies and in this case, it's equally true. The evidence against Naz is strong, but not as solid as we need it to be, and there are plenty of other suspects who could have killed Andrea on The Night Of.

Naz is the obvious possibility to have murdered Andrea - his prints are all over the place, he was the only person other than Andrea that we saw who was actually in her house, and being on drugs can make you do crazy things. But giving in to the idea that Naz did it and that's that is too easy. The evidence against him may be more than enough to be denied bail and to have even his lawyer certain that he's guilty, but it could very well not be him.

Okay, bear with me here. It may be kind of difficult to cut yourself up as badly as she did, but who's to say she didn't at least have some part in it? There has to be a reason why they showed viewers her reckless side, with the knife and her fingers, and her penchant for all kinds of drugs. If Naz could have murdered Andrea all hopped on drugs, couldn't she have done something stupid too since she was also on said drugs?

The Racist Neighbor On The Street

The only other people who we saw see Naz and Andrea together are the two African American neighbors on the street in front of her house who were immediately suspicious of Naz, given his own ethnicity. One of them also confirmed at the police station that Naz was the person he'd seen at Andrea's house, which would be kind of convenient for someone who'd committed the murder himself.

I can't be the only one who saw how seriously sketch Andrea's stepdad seemed to be, right? He seemed to be young for a stepfather, and good looking too, not to mention not particularly floored by the death of his step-daughter. He also made it clear that after Andrea's mother died, Andrea took over the house, while he went to live in Queens. If he did kill Andrea, it could have been motivated by his frustration for her in general, along with some more deeply rooted issues we aren't even aware of yet.

The Neighbor In A Robe

Andrea's neighbor across the street is the one who actually called the police and while he seems harmless enough, he was pretty nosy from the get-go, peeking out of his curtains as Andrea and Naz got to her place. Race has been a driving force of The Night Of so far, so maybe this neighbor saw Andrea with a man of color, disapproved, and walked over to the house to do something about it. Also, remember that Andrea took her cat and let it outside, presumably never locking the door. Anyone could have sauntered in while Naz was passed out in the kitchen and carefully placed his inhaler at the scene of the crime, just in case Naz was able to leave the house unseen.

Now, to be clear, the mysterious motorcyclist Naz encountered when he stopped at a light shortly after peeling away from Andrea's house could have been her step-father in a helmet. It could have also been a drug dealer or boyfriend, but let's just not rule out the motorcyclist as a possible suspect just yet. On the one hand, the whole scene with the person on the motorcycle could have been to show us how Naz ended up putting the knife in his pocket instead of on the dashboard, but right now, we need to be suspicious of almost everyone.

The Night Of is only two episodes deep, but already we have plenty of suspect to choose from aside from Naz himself. And unfortunately, all we can do until we find out who killed Andrea on The Night Of is hope that the real killer is brought to justice eventually, even if it is our homeboy Naz.