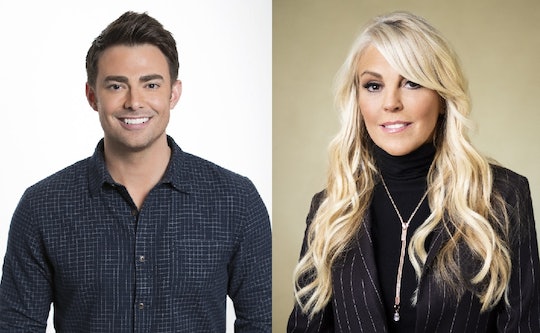 One of the things that sets the celebrity edition apart from the original series is that in the standard Big Brother show, the cast typically knows nothing about each other. When producers pluck contestants for Celebrity Big Brother, though, they’re taking them from a pool of famous people who could already have connections to each other in the real world

While that could make things messy, it also means that solid alliances can be formed early on. I’m not talking about the usual all female alliance or alliance of showmances that seems to pop up and eventually fizzle. If some of these celebrity houseguests already know each other or admire each other outside of the house, they could potentially form some alliances that could take them far in the game.

One of the most notable contestants this season, who’s been rumored since before the Celebrity Big Brother Season 2 cast was announced, is Dina Lohan. Another houseguest fans are excited for is Jonathan Bennett, a.k.a. Aaron Samuels from Mean Girls. You have to assume that Lindsay Lohan’s "momager" met Jonathan at some point and may have even spent time with him. They could form a seriously tight alliance early on and fans are already shipping them as pals. Of course it's entirely possible that they have zero contact with each other in the real world, but they’d be missing out on some amazing gimmicks as a two-person alliance.

There are also a couple of former Olympic athletes in the cast this season. While Lolo Jones and Ryan Lochte didn’t compete in the same sport at the 2012 Summer Olympics, they were both there as part of the U.S. team. Lolo competed as hurdler and Ryan competed on the U.S. swim team, so they probably didn't have many interactions during the actual games.

They could have, however, talked outside of the competition and in some of their downtime. If that’s the case, we could see an Olympic alliance that could dominate the Celebrity Big Brother house. A lot of the competitions require physical endurance or general athletic ability and Lolo and Ryan together would be hard to beat. When Lolo spoke to The Post Game in 2016 about her social media presence, she made a crack about wanting to tease Ryan about his sudden platinum blond hair, so they likely know each other to some extent.

Celebrity Big Brother Season 2 could also be a case of six degrees of Donald Trump. Former White House Director of Communications Anthony Scaramucci served just six days on the White House staff in 2017 until newly appointed then-Chief of Staff John F. Kelly fired him. Tom Greene was also once employed by Trump on Celebrity Apprentice Season 8 and he was also the third contestant fired that season.

In a 2018 episode of Comedy Central’s This Is Not Happening, Tom said, "I will say that it does demystify the presidency when you know the president. I know the president personally. The president knows me. Anyone who knows me should probably not be president." Tom and Anthony could have a lot to talk about and bond over should they form an alliance on Celebrity Big Brother this season.

Speaking of six degrees of separation, Jonathan and Joey Lawrence might know each other via Joey’s younger brother, Andrew Lawrence. Andrew posted a photo on Instagram in August on the set of his upcoming movie, Stuck Out of Love, and Jonathan was in the photo. On IMDB, it looks like Jonathan is also going to be in the movie with him, so there’s a chance that Joey and Jonathan are at least friendly outside of the Big Brother house.

Sometimes if you only know one person, you can't help but cling to that semi friendship while navigating the rough waters that is Big Brother. Maybe Jonathan will form two secret alliances with both Dina and Joey separately or they’ll all work together. At this point, anything is possible.

These are a bunch of tiny alliances, so maybe "final two" is the better way to describe them. Still, don't sleep on those who make final two deals from the beginning. Alliances might shift and those in the alliances could turn against others in their inner circle, but a two person alliance or final two deal has a little more staying power. This season specifically has the potential to have a handful of strong pairs.