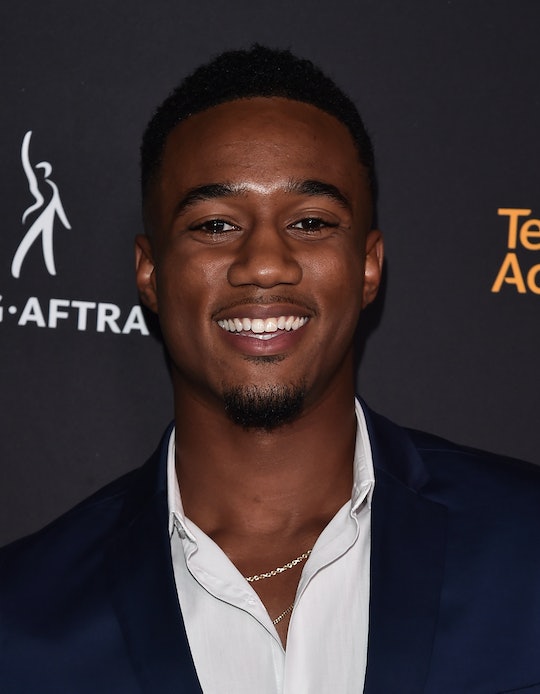 Regardless of what you might think of the superhero villains of The Boys, you have to admit the actors who play them have nailed their roles so far in the new Amazon series. A-Train was the first taste fans got of how cocky and evil the openly super-abled beings can be and the actor who plays A-Train on The Boys, Jessie T. Usher, already had some serious acting credits under his belt before he took on the role of not-so-heroic hero.

To be fair, some of the superheroes are out to use their powers for good, even if they revel in the fame and glory it allows them. But it is easy to see A-Train as more of a villain than anything. And I think that’s partly because of the way Usher has played him so far. This isn't actually his first time playing a would-be hero out to fight bad guys. In 2012, he co-starred in the Cartoon Network series Level Up about a group of teenagers who fight real life video game villains. He was also in Independence Day: Resurgence, in which he played a soldier trained to fight aliens on their second return to Earth.

Usher’s role in The Boys is a little different, but long before he was cast in the Amazon series, he already had the experience to back up his talent.

Recently, Usher co-starred opposite Samuel L. Jackson in Shaft as his son, JJ Shaft. And although he had to audition just like everyone else, he explained in an interview with Toronto’s Your Morning that he got to do it in the presence of Jackson himself. If Shaft likes your acting, then it says a lot about what you have going for you.

Usher had an interest in acting at a young age, but he still went through high school and even college like anyone else, where he studied culinary arts. But because he graduated from high school at the age of 15 and was able to do everything else at a younger age than most, it didn't take long for him to realize he wanted to be an actor.

In a recent interview with Ebony, Usher said he first became interested in acting at age five when his older sister was working in commercials — because of the snacks he saw on set, which I can totally relate to. From there, he got into musical theater, television, and film, and his career slowly started to rise before he was even out of high school. As an experienced actor today, Usher pointed out in the interview the new appreciation viewers have for diverse content in Hollywood.

"I would love to say that I can go around and feel an effort change, but I don't think that that’s what it is," he said. "I think it’s an appreciation change. I think that now you see so many diverse quality projects that Hollywood has no choice by to include these creators and these ideas into what is the normal."

Outside of acting, Usher has a close relationship with his family and he seems to enjoy spending his free time with them or his close friends. Judging from his Instagram, he is also dating fellow actor Tristin Mays, and in a photo from the Shaft premiere, he referred to her as a "badass beautiful bombshell," and they are adorable together.

Up next, Usher will be in the 2019 movie The Banker and 2020 horror thriller Windfall. He might play a superhero whose moral compass is askew on The Boys, but in real life, Usher’s focus is on his career and making the most out of his fame in the best way possible.