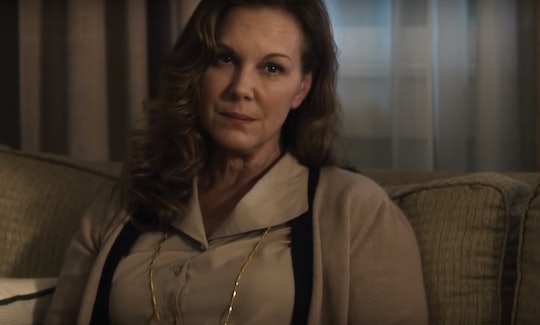 When This Is Us Season 4 premieres on Sept. 24, fans will be introduced to a handful of new faces and welcome back some major and some minor characters who have helped shape the show so far. It's hard to believe that in three seasons, the drama has shown multiple generations of one family, but it was only the beginning. This season, viewers will get to see more of Rebecca's family, including her dad. But the actress who plays Rebecca's mom on This Is Us, Elizabeth Perkins, will also be back as one of those familiar characters I was talking about.

So far, This Is Us fans know her as the domineering but somewhat pliable matriarch of Rebecca’s side of the family. She has had her moments of being a not so great mom or grandmother, but there are other times where it seems like she’s trying. And Perkins has experience playing similar characters. You might remember her as Celia from Showtime’s Weeds. On that show, she was also a surprisingly multi-faceted character after a while, though she started out as more of an antagonist, much like her recurring role on This Is Us now.

More recently, Perkins played Birdie on GLOW, who is, again, a similar character. It's kind of her *thing*, but because she does it so well, why stop anytime soon?

Although Perkins is now most well known for her TV and movie roles, the latter of which includes The Flintstones and Miracle on 34th Street, she got her start in theater. After high school, she attended Chicago’s Goodman School of Drama at DePaul University and soon after, she earned her spot in a Broadway production of Neil Simon’s Brighton Beach Memoirs. It wasn't long after that she began snagging movie roles and got her big break opposite Tom Hanks in Big. Over the years, Perkins has been in so many TV shows and movies that, chances are, you've seen her in at least one other thing besides This Is Us.

When she isn't sporadically lending her acting talents to the role of Rebecca’s mom on This Is Us or working on any number of new TV projects, Perkins spends a lot of her free time with her husband. There are tons of photos of them together on her Instagram showing their life outside of work and it's adorable. Perkins is also close to her daughter, who she recently shared a collection of photos of in celebration of her birthday. Perkins has plenty going on in her career, but she also makes time for family, which is clearly important to her.

Perkins also appears to be something of an anti-gun violence advocate. In June, she shared a photo of herself in an orange T-shirt with the words "end gun violence" and a caption which included, "I wear orange in solidarity with the victims and the families of victims who have suffered in the hands of gun violence. We don’t have to live like this."

She has also posted about fighting for the rights of those in immigration detention camps and for mothers specifically who are actively fighting for their rights to remain with their children. Perkins might often play the TV mom from Hell, but in real life, she channels that kind of energy into trying to make a difference.

This season on This Is Us, Perkins will reprise her role as Rebecca’s mom and for the first time, viewers will meet Rebecca’s dad. It's unclear how the parents of an adult Rebecca will play off each other, but I have a feeling we will see just how many other facets Perkins brings to her recurring role.