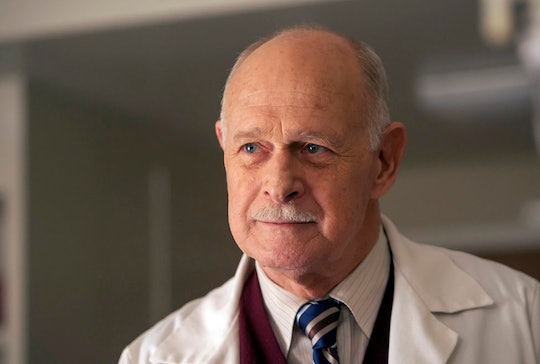 Who Plays The Doctor On 'This Is Us'? Gerald McRaney Probably Looks Familiar

In the pilot episode of This Is Us, there was one character who made a prominent mark on all viewers. In fact, he was one of the clues to the first big twist of the series. As a seemingly old fashioned physician, the doctor who delivered the triplets played a huge role in the few episodes he's been in. But who plays the doctor on This Is Us? Gerald McRaney might look familiar to you because he's been in a lot of different TV shows and movies throughout his long and impressive career. And playing the Pearson family's memorable doctor who helped them face the worst kind of grief in the world (losing a child) is just one small part of his extensive resume, believe it or not.

On This Is Us, Dr. Nathan Katowsky helped Jack to work through the loss of his stillborn child, the baby he and Rebecca had lost during childbirth. He also helped Jack work through the pain he was feeling with his wife who he felt was starting to slip away from him as she mourned the loss of their baby. He was also the one who, without really trying, convinced Jack to make lemonade even out of the most sour of lemons, which is what led to them adopting Randall as a baby.

And as they stood at the nursery window, it finally clicked for viewers that they were watching a flashback. And just like that, minds were totally blown.

But who plays the doctor on This Is Us? McRaney might moonlight as a guest star on the NBC drama, but he also plays Raymond Tusk on Netflix's widely popular series House of Cards and put in eight episodes on Longmire. Early on in his career, McRaney appeared in TV shows like the Dukes of Hazzard, Gunsmoke, and The Incredible Hulk. He's obviously of the Morgan Freeman variety, though, where he has come into his own creatively later in life and the roles he chooses are all strong and versatile parts for him to play.

When he isn't delivering babies on TV or working through the political jungle on Netflix, though, McRaney is looking for new items for the antique store he and wife Delta Burke own in Mississippi, where they also own a home. It sounds like an interesting hobby, but it's also a great way to remove much of their clutter of the self-described packrats. Burke even dedicated two rooms in one of their former homes to her collection of porcelain dolls, so having an antique shop is a helpful way to not only store, but also give away some of those possessions.

McRaney has played a lot of different roles in his life so far, but right now, it's the doctor on This Is Us who is making viewers everywhere get the major feels.