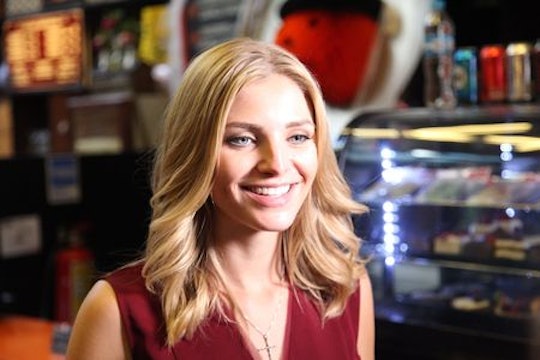 Why Ben Needs To Eliminate Olivia On 'The Bachelor'

Olivia Caridi started Season 20 of The Bachelor as the frontrunner, getting the first impression rose. But as Caridi has become increasingly possessive and unhinged, more and more viewers as well as the other contestants have been saying that Ben needs to send Olivia home this week, and he may finally be getting the message.

While most of us can probably identify with Olivia's embarrassment last week when she kind of blew off the talent show, her constantly searching out Ben to apologize for "being awkward" was a pretty clear turn-off to him. He expressed to her that her self-attacks were unnecessary, and seemed pretty annoyed that she was obsessing over a perceived "mistake" with which he took no issue.

Although the former news anchor makes for great television, it seems pretty clear that, at 23 years old, Olivia still has some self-discovery to do before she's ready for partnership. Ideally, a reality show structured around finding long-term partnership is not where you go to find yourself. Ideally, the contestants can arrive at the mansion with a solid relationship with themselves in order to figure out if they're compatible with the person on the other side of the rose. As we saw with Lace (who, to her credit, realized she had put herself in an unhealthy situation), if the women arrive at the mansion with too much unexamined self-doubt, they wind up sabotaging themselves.

Olivia's insecurity (in spite of her arrogant boasting about their relationship) is beginning to show in the ways she's tearing down every woman who catches Ben's eye, gets to spend time with him, or otherwise shares an intimate moment with Ben. Divorced mom of two Amanda, for example, told Ben about her kids super early on and his reaction was warm, excited, and generous. He's had multiple opportunities to eliminate Amanda since finding out about her children and she's still around. It doesn't seem like an issue for Ben just yet, but Olivia goes straight for Amanda's perceived "weakness" as a mother in critiquing why she's a poor match for Ben.

The fact that Olivia thinks she knows what's good for Ben better than he does won't fade as the couple grows. Frankly, it's not how adults support each other in equal partnerships, which seems to be something Ben genuinely desires.

Ben may have given Olivia the group date rose in Mexico City, but in my humble opinion, she's not the one for Ben.