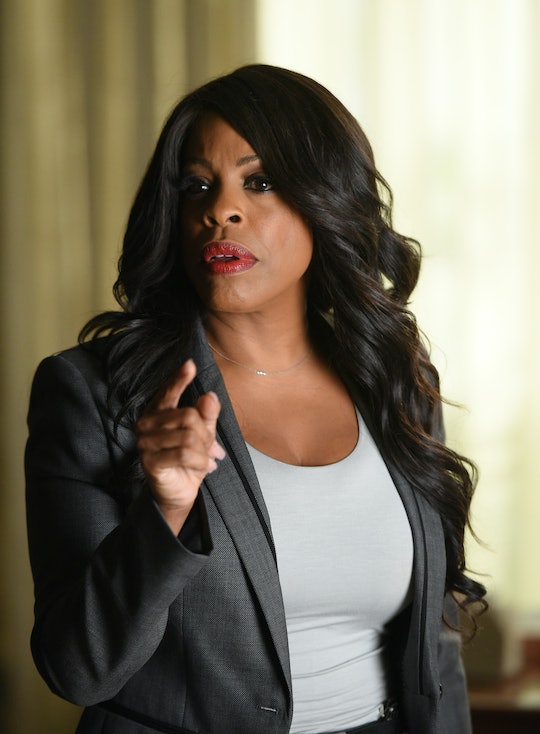 Why Denise Hemphill Isn't Dead On 'Scream Queens', Because It's Way Too Soon To Lose Her

Scream Queens Season 2 is barely halfway over and already almost half of the original cast has been killed off. Since most fans are still mourning the loss of Chad Radwell, it' hard to focus on the death of Denise Hemphill, but maybe that's because she is still alive and kicking. It's still way too early to be losing so many main players, which is why Denise Hemphill isn't dead on Scream Queens. And it's not just because my heart, along with the hearts of most viewers, can't take another loss so soon after Chad (RIP forever), though that certainly doesn't help matters.

On Scream Queens, a show that is very loosely based in anything that resembles reality, it doesn't take itself too seriously, which means that Denise could be alive on Scream Queens come Tuesday night. Or, even come the Season 2 finale, a la the formula that was used in Season 1 with Boone being alive after he was presumed dead.

The last time viewers saw Denise, she was trying in vain to save Chanel Number Five after the former sorority girl was stabbed (potentially to death) by the Green Meanie. But while this particular Chanel seems to have nine lives when it comes to surviving killer encounters, Denise's fate is much less clear. The killer shocked Denise with a defibrillator, which seemed pretty fatal at the time, but who can really tell?

For starters, Niecy Nash hasn't given any clues via Twitter that her Scream Queens counterpart is gone for good. She did tweet a screenshot of Denise after being shocked with the electric paddles, with a caption of: "Pray for Denise Hemphill," but there still hasn't been any kind of sendoff tweet, so to speak, for fans.

When Nash's Masters of Sex character, Louise, ended her run on the Showtime series, Nash tweeted a photo of her character with: "Final episode for Louise Bell tonight on Masters of Sex. Tune in to see how it ends." But when Denise was believed to be killed off on Scream Queens, there was no final tweet to say goodbye to the fan favorite and honestly, anything can happen on Scream Queens.

Anyone who has been a fan of Scream Queens since the beginning knows that continuity isn't exactly the show's strong suit, and if Season 1 has taught viewers anything, it's that you shouldn't count anyone out until the season is totally over. And since the identity of the Green Meanie on Scream Queens is still up in the air itself, any of the supposedly dead characters could actually very well be alive by the end of the season.