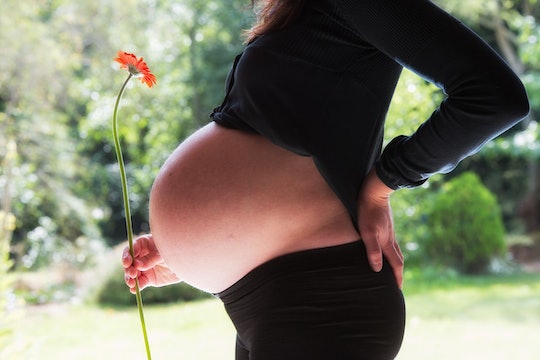 On Tuesday, the U.S. Preventive Services Task Force recommended that pregnant women and new mothers get screened for depression, according to NPR. While this same task force also advocated screening all adults for depression, as it did in 2002 and 2009, this is the first time maternal mental health has been addressed separately. And this is huge because, as clinical psychologist Evette Ludman noted, "depression in these populations has been underrecognized and undertreated.” However, as monumental and important as this “shout out” may be, this recommendation is not going to fix the PPD problem in America, because there is more — so much more — to postpartum depression than just the diagnosis.

You see, I knew something was “wrong” when my daughter was just six weeks old. She was napping and I scuttled, instinctively, to the bathroom. I caught a glimpse of myself in the mirror. I saw my swollen eyes. I saw my pockmarked, oily, and unwashed skin, and I saw clumps of dirty blond hair sitting on my shoulder — my hair was falling out — and I cried. I cried and cried and cried.

Having a history of depression, I knew what was happening — I knew better — but I kept pushing. I figured if I pushed long enough and hard enough, I could get myself over this hump.

My depression fueled these thoughts.

Logically, I knew all of this. It made sense. It was normal, and even OK. But I still couldn’t come forward. I still couldn’t get help. Because I felt heartless and stigmatized. I felt deplorable. I felt like a monster.

What kind of mother doesn’t love her baby? Her innocent newborn baby?

So I kept crying, in private. I started screaming, in public. And I pushed everyone away — guilt forced me to push everyone I knew and loved away.

This went on for five months. Five long, and painful, months. Until I broke. Until I couldn’t do it anymore.

It started out as most afternoons with a newborn do; it was relatively uneventful. But before long, my daughter wouldn’t feed. She wouldn’t eat. She wouldn’t suckle. She wouldn’t sleep. All she wanted to do was cry... and cry and cry. And no matter what I did or how I swaddled her, held her, or bounced her, she just kept crying. Screaming and flailing and crying. Finally, physically exhausted and emotionally spent, I gave up “trying” and took her to her nursery to rock. As we sat together in her room, tears streaming down her little face and mine, I had a vision: I was holding her tightly to my chest. My grip intensified and I held her, tighter and tighter, until her cries stopped. Until her body became limp.

It was then I decided I wanted to die; it was then I knew I needed to die. But, instead, I got help.

I finally reached out and got help.

So, I was conflicted. Which was worse: being a mentally unstable mother or giving my daughter two scoops of Enfamil? (And, newsflash, there is no easy decision, and there is no right decision.)

In that moment I realized, first-hand, that there is so much more to postpartum depression than the diagnosis. There is more to this disease than knowing you have it, and realizing you have it. There is more to this disease than simply get a doctor's approval and, maybe, a prescription for medication. There is so much we still don't understand. Will additional screening help? Absolutely. But these new screening procedures will not solve the maternal mental health problem in America. They are just the beginning, and people should not assume this recommendation is a “cure all.”

Does this mean that just because science and medicine cannot solve all these issues at once that people shouldn’t attempt to solve them at all? No. Of course not. In fact, this is one of the most encouraging steps toward maternal mental health I’ve seen in quite some time. (And every step taken is a good step!) However, there is still work to be done. The American healthcare system needs to be overhauled. The mental healthcare system should be overhauled, and no woman should — regardless of ethnicity, race, or income — be denied treatment. What’s more, those who know what depression feels like (I’m looking at you, fellow PPD survivors) need to keep sharing their experiences. They need to keep talking about their experiences. They need to make people listen to, and understand, their experiences. Because the only way to remove any stigma is to normalize it. The only way to overcome the stigma is to own it. And the only way to help others is to help educate all.