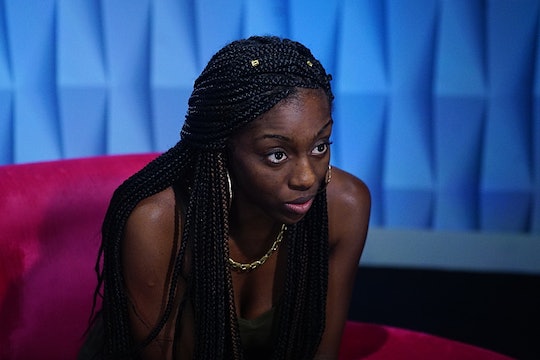 Why Did Paul Nominate Da'Vonne On 'Big Brother'? The House Majority Ruled

When Paul nominated Bridgette on Big Brother 18, it was expected, since she was the other half of the Frank duo that the entire house wanted gone. But when he put up Da'Vonne in the place of Paulie, it shifted things a lot. So why did Paul nominate Da'Vonne on Big Brother? Despite telling Bridgette that Da'Vonne is shady and that he "notices things", it was clear that Paul was motivated by what everyone else in the house wants is for Da'Vonne to get out of the house. In fact, I don't think Paul truly sees her as any sort of immediate threat and he said himself that he'd be fine if the votes ended up taking Bridgette out of the game.

Paul nominated Da'Vonne on Big Brother simply because Paulie convinced him to. And it's becoming clearer and clearer that Paulie is playing the strongest game of all this season. He's like the popular kid at school that can smile at you and make you feel awesome and in turn, control the nerds and the jocks. Basically, Paulie is trying to honor his word with Frank by protecting Bridgette, keeping her in the house just a little longer, and convincing Paul to put up Da'Vonne and turn the house against her.

It's hard to say what this means for both Bridgette and Da'Vonne's fates in the house, because the houseguests could turn either way. Obviously Michelle probably still wants Bridgette gone, and Da'Vonne likely still has pull with a few of them, but again, Paulie is influential in the house. He is the one who convinced Paul to put up Da'Vonne to try and send her home now instead of later on down the line.

It could be argued that Da'Vonne hasn't been the best player up until this point. Her competition game isn't the strongest and she hasn't done much of anything super monumental in the way of changing the game at all. And she did make a mistake by spilling the truth with all of that Frank and Nicole he-said-she-said drama, so that was a big mistake on Da'Vonne's part.

Thursday's eviction will either allow Bridgette to stay and miraculously live to fight another week in the house, or have her sent home with Da'Vonne left to play her hardest at the head of household competition to take down all of her new enemies in the house. Paul may have been influenced by the other half of the PP bromance, but he still did it nonetheless.