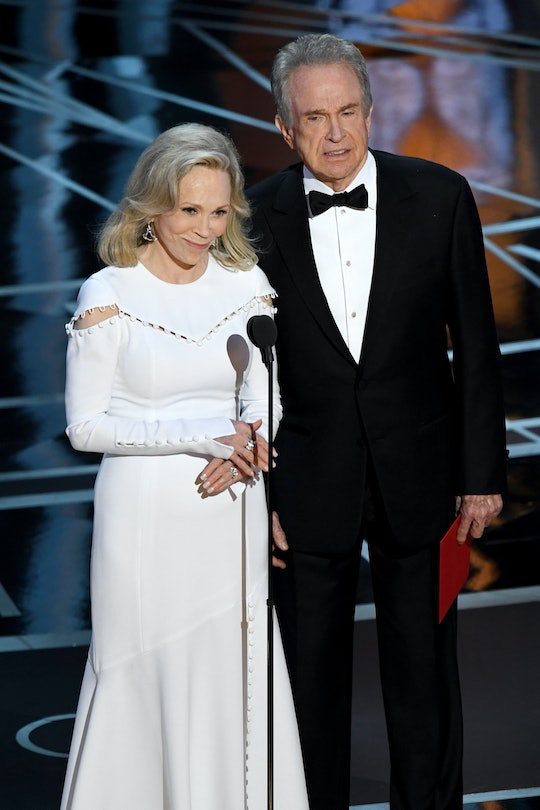 The Oscar Accident To Ever Happen, Just Happened

Warren Beatty had one job at the 2017 Oscars, and that was to be read the card with the title on it for Best Picture. Still, somehow and in a crazy twist, he named La La Land as the winner. It wasn't until the cast and crew were actually on-stage that the powers that be realized he had read the wrong title, so why did Warren Beatty announce La La Land as Best Picture at the Oscars? Honestly, it seemed like an innocent mistake, but in the grand scheme of things it was a huge accident to make.

Beatty got back behind the microphone and explained himself as best as he could. Apparently, he had the wrong envelope from the Best Lead Actress award, which went to Emma Stone from, yes, La La Land. And, as he said, the way the card was written had him curious and unsure which is why he said he took so long to actually read it out loud.

I guess he should have trusted his first instinct, though, and not read a card that definitely didn't say anything about an Oscar for Best Picture. So it was obviously an innocent enough mistake and Beatty surely isn't mean to make the most important award of the night into an awkward frenzy on-stage, but in the end (and in a pretty awkward and memorable fashion) it was all sorted out.

Of course the way it was made right, with Oscars officials hurrying on-stage from the back to gradually let each member of the La La Land cast and crew know that, nah, they actually didn't win the most coveted prize of the evening and had to hand it off to Moonlight instead. Luckily, one of the La La Land producers was a total gentleman about the mixup (at least in the moment) and quickly announced that the award was actually meant for Moonlight and that he would be glad to present the rightful winners their award, ushering them up onstage while showing the audience (and cameras) the correct card.

No, it wasn't a case of Adele insisting that Beyoncé deserved her Grammy. It was literally a situation where the award was given to the wrong film. The reason why Beatty announced La La Land for Best Picture was innocent enough, but it definitely created a ton of highs and lows for a lot of people in that room. The good news is that, in the end, Moonlight was given its proper award but not before the attention was on the commotion rather than on them as they accepted their award in the most awkward and informal way.