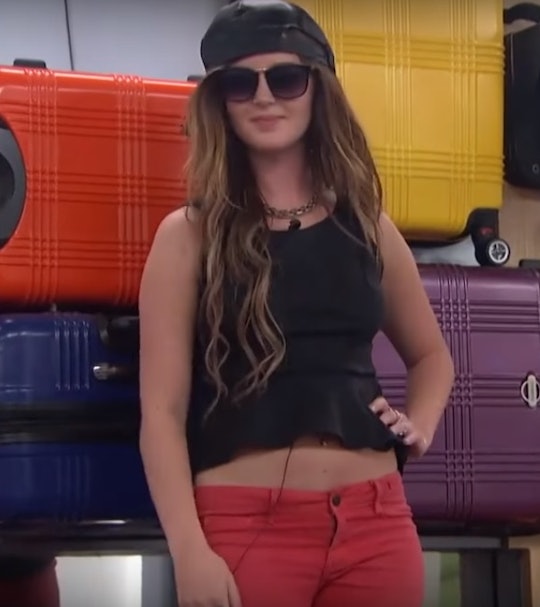 Why Do They Call Michelle Big Meech On 'Big Brother'? Only Feedsters May Know

While participating in Big Brother, it's not strange for someone to acquire a nickname. Sometimes they're from fans, that make their way into the house, other times they're completely earned and awarded by other houseguests. One nickname this season is Big Meech, a.k.a., Michelle. But why do they call Michelle Big Meech on Big Brother? It seems like they've been calling her that since the season began, and that's not totally wrong, but it was more like a nickname that came via the live feeds shortly after Big Brother 18 started this season.

If you don't follow Big Brother to the ends of the earth in the most obsessive and stalker-y way, you would probably be left out of a lot of inside jokes the houseguests tend to come up with. Or, for that matter, that fans end up bonding over and making fun of houseguests for. In this case, it's Michelle's nickname on Big Brother. Big Meech was born at the beginning of July, during a rap battle on Big Brother After Dark with Paul. According to the other houseguests, she won the battle with her less than stellar rhymes, earning her the continued nickname of Big Meech.

The nickname is a play on Michelle's own first name, but it could also be a reference a Detroit-area drug dealer kingpin who went by the name of Big Meech in his day. Demetrius "Big Meech" Flenory was one half of the duo who founded the Black Mafia Family in '80s Detroit, specializing in the sale and distribution of cocaine with direct sources tied to Mexican drug cartels. The original Big Meech is currently incarcerated at the United States Penitentiary, and is scheduled for release in 2032.

Now, Michelle continues to go by Big Meech in the Big Brother house, but she's far from a leader at this point. Unfortunately, she's been doing more crying these days than rap battling or leading any of the other houseguests in any master plans. Granted, that seems to have been Paulie's deal since day one, but still. Michelle hasn't done much to live up to her Big Meech nickname, but there are no shortage of houseguests or fans who are into it.

The last we checked, Big Meech wasn't doing too hot in the Big Brother house, but a lot can change when you throw in the Power of Veto and a double eviction twist, so something tells us that Big Meech might just come out from under the mat before the next eviction ceremony.