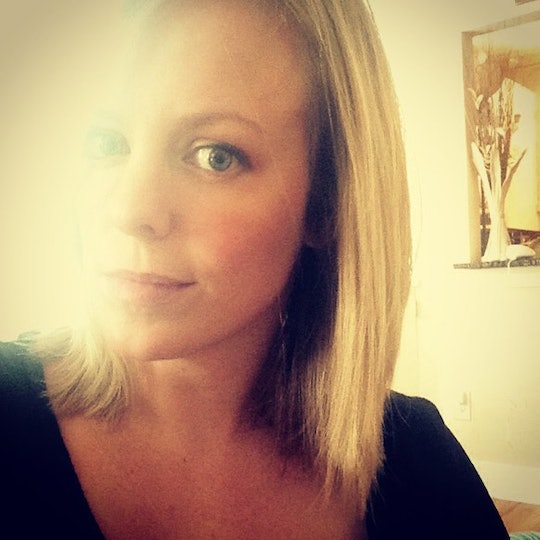 Why I Got Tested For The BRCA Gene, Because Angelina Jolie Isn't The Only Woman Who Wants More Time

I had my first mammogram performed when I was 22 years old. I'll never forget the bewilderment in the tech's eyes as she handled my lady bits, curious as to why a young, asymptomatic girl would subject herself to a breast exam at such an early age. She was hardly the first person to question my decision; just minutes before, I sat in a waiting room full of women, all of whom were decades older than myself, all of us on the receiving end of the same questioning glances. Many of them had already been diagnosed, biopsied, and had already survived breast cancer. To them, I was an outsider, an adolescent hypochondriac with little reason to be a patient in a breast center. But in reality, I had a million reasons.

In 2013, actress Angelina Jolie underwent preventative double mastectomy surgery after testing positive for the BRCA gene. Recently, Jolie and her partner Brad Pitt sat down for a rare interview with the Today Show. They discussed her proactive approach to her health, also promoting their latest film together, By The Sea. "She was doing it for her kids, and she was doing it for her family so that we could be together," Pitt said of Jolie's decision to undergo the double mastectomy and bilateral oophorectomy, a procedure that removes both ovaries. Jolie's mother, Marcheline Bertrand, died of ovarian cancer in 2007, so Jolie understood that the odds of her contracting the deadly disease were high, which is why she decided to get tested for the BRCA gene. Her positive results revealed a staggering 87 percent chance of a cancer diagnosis, and her doctors later said that she was already showing signs of early ovarian cancer.

In my own case, my mom was diagnosed with breast cancer somewhere around her 30 birthday. As kids, we grow up thinking anyone in their 20s is "old," but as I'm knocking on 30's door, I can't help but laugh and panic a little at my naviety.  It's hard to believe that my mom wasn't much older than I was when she was handed the devastating diagnosis. And though her's was quite serious, her prognosis was even more so. Advanced Stage 3 breast cancer is no joke, and cancer diagnosed at such an early age is often hormonal, which means it's even more aggressive since at that point in a woman's life hormones are still quite present.

Shortly after her biopsy, she underwent a double mastectomy. Chemotherapy and radiation soon followed, as did the loss of her strawberry blonde hair. Her battle was long and hard, marked by highs and lows, but her optimism never wavered. She fought hard for years to survive and because of her tenacity, I was gifted with a valuable time. Time to get to know her warm soul and goofy, often inappropriate humor.

My mom lost her battle with breast cancer just weeks before her 35 birthday, when I was just 10 years old. I remember everything about that day and the weeks that followed, and as young as I was, I understood that she wasn't coming back.

I hardly understood how the weight of such a loss would impact me throughout the rest of my life. But now, as the proud and mostly sane mom of two boys, I'm faced with the grim reality that my odds of a breast cancer diagnosis are double my peers. I've been active for the better part of my life, and I've made it a point to take acceptable care of my body, but I know all too well that a healthy lifestyle doesn't necessarily grant you with a get-out-of-cancer-free card.

Since Jolie's surgery, the conversation surrounding genetic testing for the BRCA gene has shifted. Once an omen that would significantly hike up your insurance premiums, a positive test result has become significantly less taboo. In fact, many insurance companies actually cover the BRCA test and consequent preventative surgeries if a patient is considered at risk.

It's not often that I find celebrities relatable, especially Angelina Jolie, of all people, but her outspoken bravery aided me in making my own very important health decision. Two weeks ago, I was tested for the BRCA gene. Months earlier, I was at my obstetrician's office for my routine well visit when we began discussing my family's health history. This wasn't new for me; I spend more time discussing my family's history than my own at many of my doctors appointments, but there's always one thing in particular that stands out to physicians: my mother's early cancer diagnosis.

My OB informed me that his office offered the genetic testing and asked if I'd be interested. "Of course," I told him confidently, not missing a beat. I'd already conducted some research of my own and knew that, although nerve-wracking, the BRCA test was absolutely necessary for women with a health history like mine.

Many women are intimidated by the potential results such a test might yield, but for me, there was never any doubt. I needed to know whether or not I carried this gene. Losing my mother at such an early age has affected me in ways that I still don't understand. And though I have loved my life, loved every minute of the sweet chaos, loved every high and every low, it has inevitably been complicated at times. No one ever stops needing their mother.

For me, getting tested was an easy decision. I look at my two boys and cringe when thinking about them growing up without me around. Being their mom is my life, and I'd take every prevention possible if it meant a minute — a second — more that I got to spend with them.

The results take several weeks to get back. My doctor said that the testing is the easy part, it's deciding what to do with a potentially positive result that's so difficult. I have to disagree. Though it's rare to test positive for the gene I have, I've already mentally prepared for myself for the choices that will follow if I do.

I choose to live. I choose my family. I choose soccer games and juice boxes and tantrums. I choose jumping in mud puddles and kissing boo-boos. I choose watching my boys wade through the awkwardness of life as teenagers, and when it's likely that they'll want nothing to do with me, I choose to be there to embarrass them anyway.

Whether it's surgery or medication, I choose every intervention necessary to save myself and my boys from the heartbreak. Just like my mom chose to fight all those years ago, so will I.