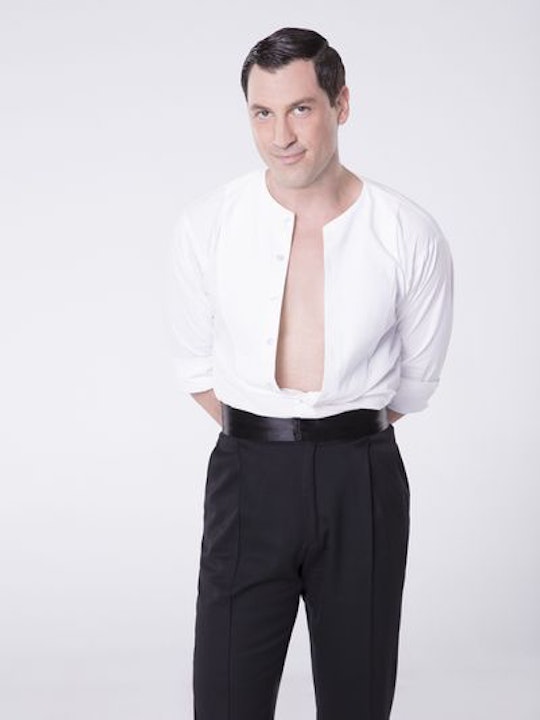 Maks Is Heading Back To The Ballroom On 'DWTS'

After Dancing With the Stars pro Maks Chmerkovskiy and fellow dancer and fiancée Peta Murgatroyd found out they were expecting a baby in 2016, Maks made it clear that, instead of coming back for Season 24, he would be taking some time off in order to do the commendable (and adorable) stay-at-home dad thing. But now that fans know he’ll be competing with Glee’s Heather Morris by his side, they’re likely asking why is Maks returning to Dancing With the Stars?

According to an interview with Good Morning America, the mutual decision to return for Season 24 came because the couple felt that, now that they’re parents, they can do both. And having their new baby, Shai Aleksander, nearby will certainly help make the transition easier for all. Earlier last year, Maks told Bravo’s The Daily Dish that he had no intention of returning to the series. “I'm going to have a newborn baby,” he said. "I have zero want to do this. I promise you that. It's been it for me two years ago. I never thought I'd be back here in this position. I'm glad I am. I promise, I'm so glad that I made this decision. But like I said [I'm] looking forward."

But things have obviously changed for them since then, meaning that getting back to work on DWTS was something they both could (and wanted) to do.

Maks also told Us Weekly that the decision to return to DWTS was mostly about returning to the show the same time his fiancée does. Peta took a break from Season 23 due to her pregnancy and with her return to Season 24 as The Bachelor’s Nick Viall’s partner, Maks said that he wants to return for his fiancée mostly, and compete alongside her (in the hopes of beating her). “I just want to be her support,” he said. “And at the same time maybe healthy competition in the family?” The couple have been new parents for a couple of months now, but returning to work together, with their son close by, enables them to interact as a couple rather than just as parents.

Since Maks began as one of the pros in Season 2 of DWTS, he’s been one of the most popular and notable dancers of the series and has competed in a total of 15 seasons, not including the upcoming Season 24.

Last time he placed first was back in Season 18 and this time around, he seems more than ready to place high again. And what’s the harm in some friendly competition between really ridiculously good looking dancers/soon-to-be newlyweds, right?