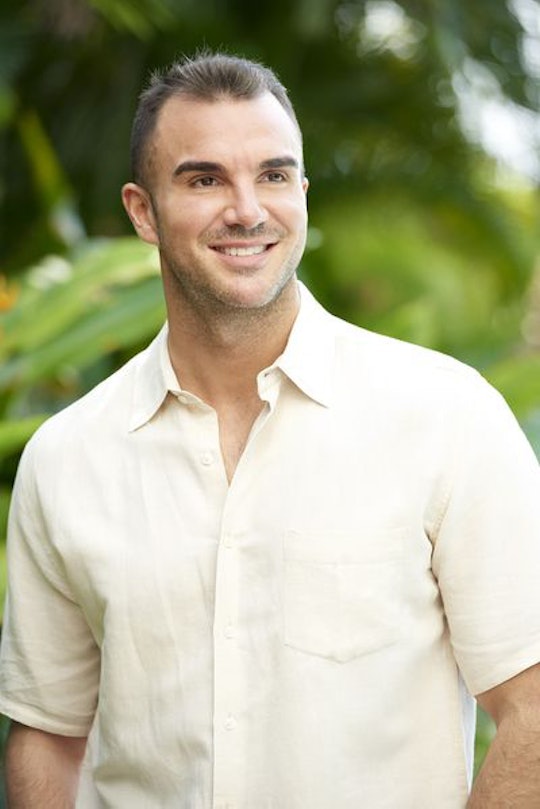 Matt Made A Big Decision On 'Bachelor In Paradise'

On Bachelor in Paradise, one Paradise-ian found himself in the situation that arguably many people would love to find themselves — choosing between two beautiful people who wanted to date him. Unfortunately, he didn't seem to enjoy it that much and it seems to have resulted in his departure. So why is Matt leaving Bachelor in Paradise? When he found himself between Jasmine and Christen the pressure got to be too much.

Jasmine and Matt started the season off well. They appeared to hit it off and a few episodes later, were still considered to be one of the "couples" on the resort. Then Christen arrived. Christen, who helpfully reminded viewers that she was the virgin from Nick Viall's season, decided to ask Matt out with her date card. This, of course, did not go over very well with Jasmine. The whole thing exploded into Jasmine confronting Christen, and then some fairly mean girl bullying amongst the other women while Christen was out on the date.

The result was a far less pleasant atmosphere in Paradise for the other contestants. Between Jasmine's bristling insecurity and Christen's reactionary tears, it all got to be a little too much for Matt, best known before this as the most forgettable contestant on Rachel's season. Except Adam. So he decided to leave.

Because Matt wanted to be a gentleman, he decided to be honest with both of the women who were interested in him before the rose ceremony. First he spoke with Christen. He told her that he felt like she deserved to get a rose, he just didn't know if it would come from him. Of course, Christen took this to mean that he was giving his rose to Jasmine. But in a shocking (to Jasmine) swerve, Matt had a very similar, though more transparent, conversation with Jasmine.

He told her that while he had a nice time with Christen, there was something holding him back from falling in love with her. So far so good. But here is where it gets hard. He also told Jasmine that there was something with her that made it difficult for him to imagine falling in love with anyone "including you." So, he decided to leave. "I'm glad I came here and I'm glad I gave it a shot," he said. "I just think that I'm ready to go home." Of course, Jasmine and Christen were extremely upset, since he was their best hope for staying in Paradise. Sigh. Love hurts, but hopefully it works out for all of them in the end.