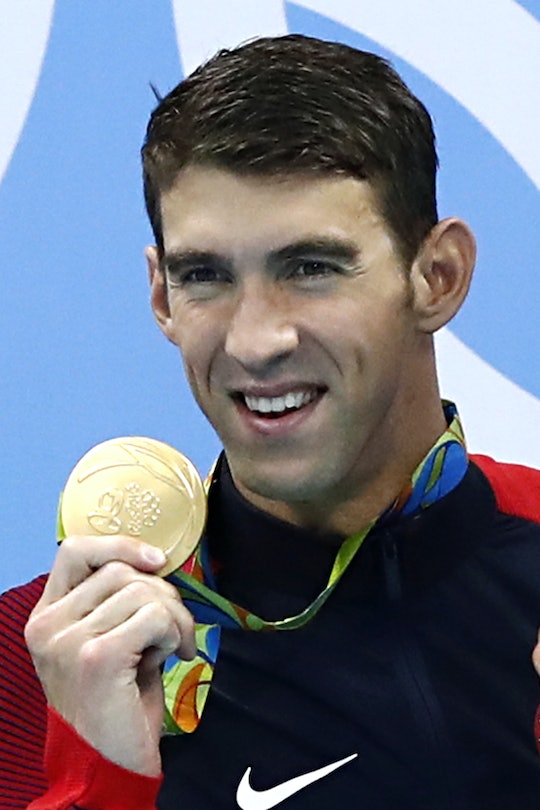 Why Isn't Michael Phelps The US Flag Bearer At The Closing Ceremony? There's Good Reason

The Olympic games in Rio came to a close Sunday evening, and avid viewers will have to wait another four years to see the spectacular capabilities of the world's best athletes when the 2020 Olympics arrive in Tokyo, Japan. Unlike the opening ceremony, the athletes entered Maracanã Stadium on Sunday night for the last time not divided by countries, but together; symbolizing the bond they share courtesy of the Olympic games. This change makes each country's flag bearer all the more prestigious a title, which is why many viewers were left wondering, "Why isn't Michael Phelps the US flag bearer at the closing ceremony?" The answer, of course, is only two words long: Simone. Biles.

Simone Biles, the best gymnast in the world and first female gymnast to win four gold medals in a single Olympic games, was selected to be the flag bearer for the United States. While Phelps was no slouch during these games — having won five gold medals and one silver in his respective competitions — the star of the games was Biles, and the entire world knows it. The Rio Olympics were, in all likelihood, Phelps' last, which means the time has come to usher in a new era of Olympians who the United States can continue to cheer for. That new era is, without a doubt, being spearheaded by Biles.

It's not like Phelps was missing out on an opportunity he was never able to experience, either. Phelps, who is the most decorated Olympian of all time, was selected (by his teammates) as the flag bearer during the opening ceremony in Rio. Of course, the Rio Olympics weren't his first rodeo, either. Phelps has been competing in the Olympics since 2000, winning 28 medals in 16 years. Perhaps — and who could blame him? — he didn't want to be the one to carry the flag during the closing ceremony. After all, Phelps didn't stick around in Rio for the festivities anyway but, instead made it back to the U.S. for some much-deserved family time with his wife and new son, Boomer.

And to be completely honest, if anyone is going to not only pick up where Phelps left off, but blaze her own record-breaking, inspirational trail, it's Simone Biles. Biles is the first female gymnast to win four gold medals during a single Olympics, she also dominated her competition and earned herself the title Best Gymnast In The World by countless commentators (who, when they weren't telling her to "smile," were in complete awe of her abilities). Judging from the number of athletes who stopped to take selfies with Biles while she held the U.S. flag, we haven't seen the last of her, either.