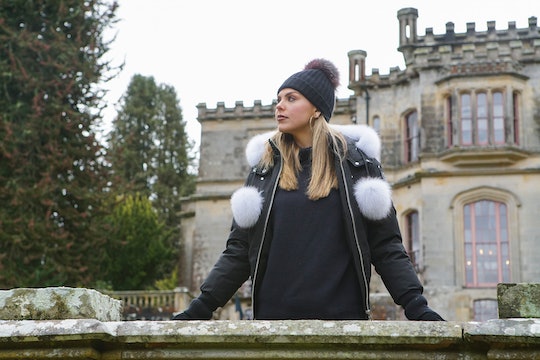 The only thing you can be sure of in this world are death, taxes, and The Bachelorette airing in its usual two-hour time slot every week on ABC. Unfortunately, the latter isn't true this week and before you turn on ABC at 8 p.m. and wonder why The Bachelorette isn't on tonight, take a breather. Sometimes on network TV, sports take precedence and the NBA finals will air in its place on ABC tonight. The good news, however, is that The Bachelorette will return tomorrow night on June 11 at 8 p.m. ET on ABC to pick up where last week’s dramatic cliffhanger left off.

After Luke P. and Luke S. got into it during a rugby group date and took their issues to Hannah, putting her in the middle of it all, she finally took them both aside to hash it out. That’s where last week’s episode left off, which left so many fans hanging and wanting more of the battle of the Lukes. Luke S. accused Luke P. of getting too rough with him during the game and afterward, they both told Hannah their own versions of what had happened. Personally, I would send them both home after all of the childish and unnecessary drama. Or, at least keep them both for an epic two-on-one date. But right now, Hannah’s decision regarding both men is up in the air. And you’re going to have to wait an extra day to find out what happens.

For what it's worth, this should be the only time The Bachelorette is kicked out of its usual day and time slot this season. Even if the NBA Finals make it to game seven, the last game will air on Sunday, June 16, so Bachelorette fans are totally in the clear. That leaves the rest of Hannah’s season of The Bachelorette open and ready for more drama, which is sure to come.

Although I would love to see Hannah take both Lukes out on a date to figure out which one is more deserving of her time and which one needs to get the boot, I have a feeling that won't happen. She has shown a lot of favor for Luke P. and the producers likely love the drama he has brought to the season so far. If she took the men aside at the end of last week’s episode to send one of them home on the spot, it is probably going to be Luke S.

Luke P. has already been given golden boy status this season. He told Hannah he was falling in love with her earlier than is socially acceptable, he dodged a major bullet when she confronted him about all of the red flags he had given off, and now he still hasn't been sent home after this big Luke S. drama. It’s hard to see a scenario where he would be sent home since he hasn't been already thanks to his other actions.

In a clip from this week’s episode of The Bachelorette, Hannah sits down with both men to get to the bottom of their issues. In the clip, Luke S. accuses Luke P. of telling Hannah that he forced him to talk to her on his behalf. Luke P. responds, "You had strongly advised me to go talk to her."

In the midst of the men going back and forth, Hannah gets up and walks away and I honestly can't blame her. It has be exhausting to watch these men argue with each other on a seemingly never ending loop. At this point, there’s no way that one will see the other’s point of view and Hannah’s efforts to resolve their issues will likely be for nothing.

Hopefully when The Bachelorette returns on Tuesday, they can quickly move past all of the Luke drama so Hannah can get back to finding love with the other men.