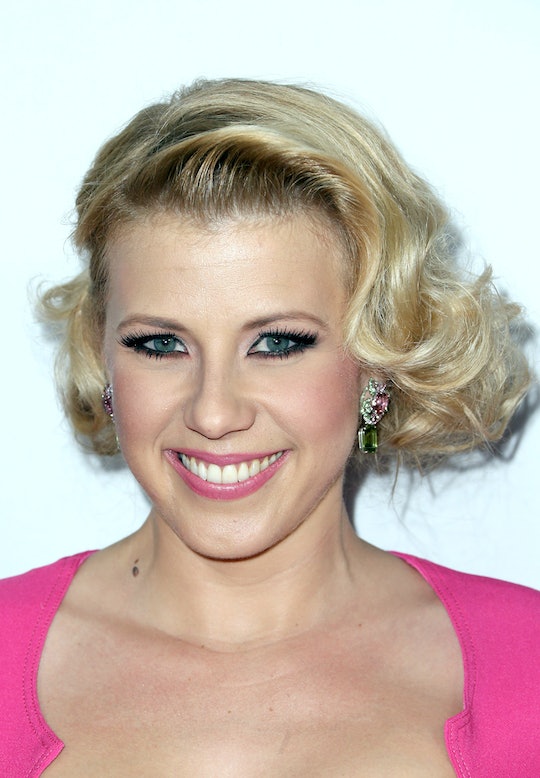 Of all the goofy things that go on in Netflix's Fuller House, the way that the three women totally mirror the old roles of the original three dudes is probably the most groan worthy. Then again, the whole series probably wouldn't work otherwise. To set the scene for the series, they do exactly what they did in the very first episode of Full House. In the pilot, they quickly establish that D.J. is Danny; she's in charge. Kimmy Gibbler serves as the comic relief just like Uncle Joey, which makes sense (and also proves that they never needed the Olsen twins to come back anyway). But the ways that Stephanie is the new Uncle Jesse is probably the best plot point. Because she totally lives up to free-spirited-but-family-oriented sister/babysitter role.

It's not an easy role to live up to. Uncle Jesse, played by John Stamos, with his flowing locks and dashing good looks, is overall pretty legendary. You can't replace Uncle Jesse and it's a good thing Stephanie doesn't try to. But there are some characteristics that are super similar. First of all, there's the obvious fact that she decides to come home to good old San Francisco to be with her sister after her husband dies. That's basically the exact same situation Jesse found himself in after his sister Pam died in the original show. Like Stephanie, Uncle Jesse didn't plan on staying for too long to help his brother-in-law out, but then things work out too easily. And who wouldn't want free rent? But there are other ways Stephanie takes after her uncle.

They Love A Good Tune

That Stephanie grows up to be a DJ is sort of hysterical and cheesy. Like, she really travels the world and plays Coachella? Some things you just have to accept. She's also a songwriter — she plays a sappy love song at the very end of the season, while Jesse and Becky renew their vows, just like Uncle Jesse sang "Forever" at his own wedding. But more than cheesy love songs, Stephanie knows how to boogie. She feels it. You have to assume Uncle Jesse always strumming his guitar had something to do with that.

They Have Potty Mouths

In the very first episode of Full House, Jesse slides into the room talking about taking a home a night stand in front of the girls, shocking Danny. It's his first joke, and throughout the entire series, he makes mention of women and sex and all of that good stuff. Likewise, Stephanie makes an entrance from London handing out raunchy club songs and isn't quite accustomed to talking around toddlers right away.

They Are Rebels With Hearts Of Gold

Jesse is obviously a rebel because he has long hair, likes women, and wears a leather jacker. Duh. Stephanie is a bit of a rebel, too. She doesn't like to be tied down, but like Jesse, sort of falls in love with being a family guy. She also stays out late and does tequila shots.

Uncle Jesse back in the day and Stephanie in Fuller House are the show's only semi-connection to the real world. They reference pop culture and seem more human than Danny or Uncle Joey ever could just because they seem to leave the house now and again. You know, like real people. Jesse was the original bad-boy-turned-good because he lives with toddlers and he was pretty cool for the early '90s. Obviously though, Stephanie was pretty to baller begin with, too.