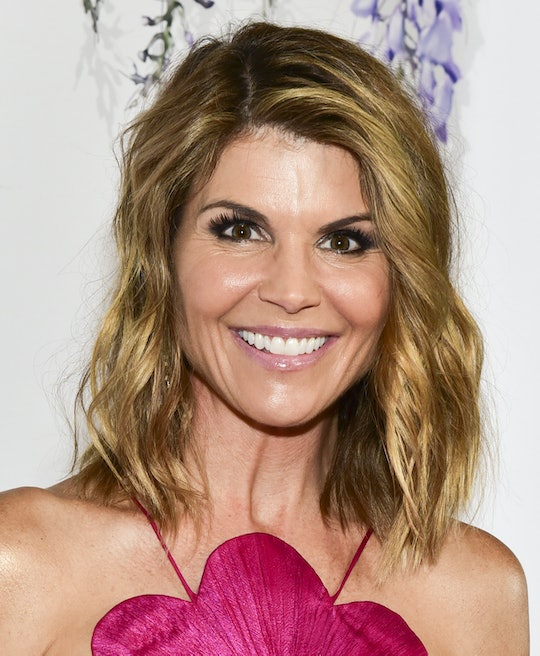 There are some Fuller House characters you just can't live without. I don't know if Becky is up there with the likes of the incomparable Uncle Jesse, but Lori Loughlin will not be back to reprise her role for the Netflix series’ finale season. She was in a good amount if episodes so far, however, so some fans might he wondering why Lori Loughlin won't be returning to Fuller House.

Loughlin was charged with bribing a college admissions consultant to get her daughter accepted into the University of Southern California. After the allegations were made public last week, Loughlin was arrested on a felony charge of conspiracy to commit mail fraud and honest services mail fraud and appeared in court. She was released on a $1 million bail and will return to court at the end of March.

Because of her alleged involvement with this scandal, Netflix sources told The Hollywood Reporter that she will not reprise her Fuller House role when the show returns. The Hallmark channel also cut ties with Loughlin, but When Calls the Heart producers wrote on the show's Instagram account that the show will continue on without her. "With the full support of the network, we have gone on a creative hiatus to do some retooling on the remaining Season 6 episodes," they wrote.

Loughlin's professional life has been nearly shattered by these charges and although she was one of the Full House OGs to return to the reboot, fans won't be seeing her as Becky again anytime soon.

USA Today reported that Loughlin was charged with agreeing to pay $500,000 so that her two daughters could attend school on the crew team even though neither was an athlete at the time. And now, Loughlin isn't the only one to receive professional backlash from her alleged involvement in the admissions scandal.

One of the daughters Loughlin allegedly paid to have attend USC, Olivia Jade Giannulli, lost brand partnerships with both TRESemmé and Sephora because of the allegations. "After careful review of recent developments, we have made the decision to end the Sephora Collection partnership with Olivia Jade, effective immediately," Sephora said in a statement.

Loughlin hasn't yet released a statement regarding the scandal and when the news spread, she deactivated her social media accounts. Chances are, fans will hear from her once the case is settled and well after her court date at the end of March.

Although Fuller House will be ending after its upcoming fifth season, fans had no reason not to expect much of the recent cast to return and wrap up their respective storylines. Loughlin popped in from time to time, much like John Stamos, Bob Saget, and Dave Coulier, but because they have been more like supporting characters, it probably won't be hard to completely write Loughlin's Becky out of the show.

The last viewers saw, Becky was the co-host of the now nation-wide morning talk show Wake Up, San Francisco with Danny and was raising her adoptive daughter with Uncle Jesse. But like the Tanner family patriarch, Becky's storylines took a backseat to the main characters’ throughout the past few seasons. So it wouldn't be too hard for the Fuller House writers to write out Becky as being too busy to visit with DJ and the rest of the family or being off on a work assignment somewhere.

It's unfortunate that fans wont get to see the entire extended Tanner family when the series comes to a close, especially since Mary-Kate and Ashley Olsen have kept their distance from the show, but since Netflix has reportedly let Loughlin go, Becky will have to be written out of the show in some way.