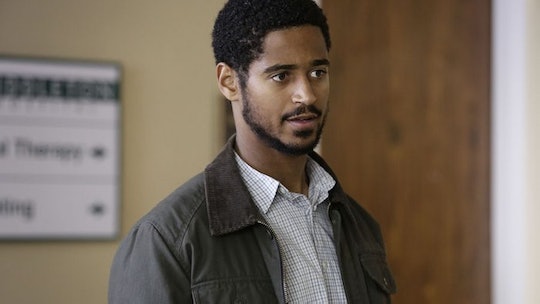 At the beginning of Season 3, Annalise’s screams at seeing Wes under the sheet were the screams heard around the world. OK, it wasn’t nearly that dramatic, but for fans, it certainly felt that way. Once it was revealed that Wes died, it became unclear what the next move would be for Annalise and her students who have followed her blindly from the very beginning. But is Wes really gone for good or will Alfred Enoch return for How To Get Away With Murder Season 4?

Don't get me wrong, Wes' death was definitely real, but since he’s far from forgotten, fans have to expect some flashbacks, right? Executive producer Pete Nowalk recently spoke to Variety about a possible Wes return to HTGAWM and while nothing is set in stone for the actor to come back in a full capacity, Nowalk isn't ruling it out completely either. "We’ve only written the first four episodes, and he’s working abroad on another show, so right now we don’t have specific plans to bring him back, but I’m really hoping it happens," he revealed.

But how could Enoch return to HTGAWM if Wes is definitely dead and gone? The series has never been shy about giving viewers shocking revelations via cleverly placed flashbacks and for Season 4, that’s definitely how Wes could return, if only in short scenes every couple of episodes.

But, as Nowalk said, Enoch’s filming schedule otherwise might be the thing to prevent Wes from making any kind of appearance, even though it would totally help ease fans’ broken hearts. I mean, it’s Wes. He was probably too good for Annalise’s world anyway. Although Nowalk was clear about the possibility of Enoch returning for HTGAWM Season 4, IMDB does list Wes as appearing in at least the first four episodes of the season, though the appearances could very well be in flashbacks viewers have already seen rather than newly filmed ones.

Even so, my guess is that viewers can probably expect to mourn the loss of him yet again as the season begins, but hopefully Laurel will be able to get to the bottom of his death. It was, after all, her childhood friend Dominic who killed Wes (on her father's orders no less), as we learned in the Season 3 finale.

In true HTGAWM form, Season 3 was another whodunnit, only this time it was figuring out who the actual victim was with the only information for fans to go on being that the victim was one of the Keating Five. Once it was revealed that Laurel’s dad apparently had Dominic kill Wes, it opened up a whole new mystery of why Wes was killed and what purpose his death serves any of the remaining characters on HTGAWM for Season 4.

But, as Nowalk told The Hollywood Reporter, HTGAWM Season 4 starts off with everyone in a much more stable place than probably ever before. "We are gonna jump a little bit in time so everyone can start in a more restful, low-key place," he revealed. "We'll be starting at the beginning of their second semester of their second year in law school. They're halfway done. It's their winter semester… Everyone's more in a normal place, probably how most of us live our lives without murders happening all the time. It's really nice just to be eased into where they are."

He also teased a little bit about the investigative Laurel that fans have come to love. "We have to start the season wondering does Laurel have any idea that her dad basically killed Wes, and what is she going to do about that if she does?" Nowalk said. "Wes was the heart of the show, and now he's dead. I think someone has to work to still solve his murder, because it's unsolved. Annalise feels like that's just what they have to live with, but I don't think Laurel wants to give up on that answer yet."

Unfortunately, this probably means more talk of Wes rather than seeing Enoch reprise his role in any physical form on HTGAWM, but at the very least, he will be there in spirit.