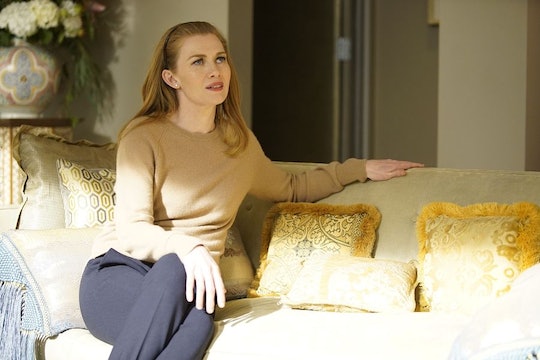 Will Alice & Ben Work Together On 'The Catch'? These Two Make The Perfect Duo

In the first four episodes of The Catch we've already seen Alice and Ben go through a whirlwind relationship. First they were engaged. Then Ben left because he's actually a con-man. To make up for this, Ben steals a painting for Alice because how else does a con-man show his love? From there, Alice decides to hunt Ben down for the truth and work with Agent Dao, and now it seems all is forgiven between Alice and Ben. But will Alice and Ben actually work together on The Catch? That might be a little extreme, right?

Alice and Dao set up a sting operation on Ben to get him to confess to what he did so Dao could arrest him. However, instead of getting a confession from him, Ben gives Alice the check he got from Princess Zara and the necklace Princess Zara gave him. He explains that he's just doing a job for the people he works for and that he really does love Alice. To me, this seemed like a very weak apology, but what do I know? Alice ate it up, and based on the smile on her face and the fact that she showed Ben she was wearing a mic, it seems Alice is now on Team Ben.

After letting Ben escape, Alice became the perfect actress, making it seem like Dao is the reason why Alice didn't get the confession. But what does all this mean exactly? Is Alice now helping Ben? Will they be working together now?

It seems that way. And really these two working together make a very formidable team. Ben is clearly a great con-man and Alice obviously knows how to lie her way out of anything. By working together, these two could get away with almost anything, but is a life of crime really what Alice wants? Her job as a private investigator is to stop people like Ben. How can she work with a con-man and yet still be a PI? It doesn't make sense.

But, I guess when it comes to love nothing makes sense. Alice clearly doesn't care about Ben's criminal ways if she's willing to help him, and she's completely pushed Dao's murder allegations out of her mind. Now all she sees is Ben. But will that last? Something tells me she might struggle with it as the season progresses.

In the span of one episode, The Catch has changed from a show about a cat and mouse game to a show about a couple that may or may not be working together to pull off crimes. Or maybe to stop crimes, if Alice pulls Ben to the good side. We'll just have to wait until the next episode of The Catch to see what these two get themselves into next.