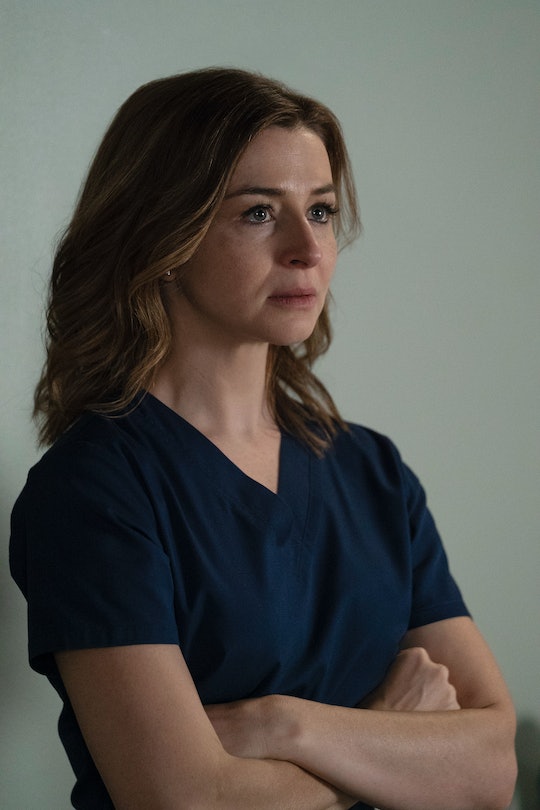 Amelia and Owen have never had it easy as a couple on Grey’s Anatomy. Their marriage was doomed from the start and once they finally got back together, Teddy came back into the picture to inadvertently shake things up again. At this point, they might be better off as friends, especially with new "ortho god" Link hanging around. He asked Amelia out before he developed a crush on Meredith, so Amelia and Link could get together on Grey's Anatomy next.

Things haven't been great with Owen and you might chalk that up to all of the side drama with Leo and Betty, but Owen and Amelia’s past has been rocky at best. Neither of them deserve continued turmoil and it’s possible that a breakup could be in their future, especially if Owen loses Leo.

I’m not saying Amelia isn’t a ride or die, because she definitely is, but Owen’s lack of empathy about Betty has also thrown a wrench in the harmony their unorthodox family previously had. Last week, Amelia left Owen’s house to stay elsewhere and right now, it’s unclear where they stand as a couple. Maybe the timing is always going to be off for them, but to avoid any more conflict, Amelia might be thrown with Link sooner rather than later.

When Link asked Amelia out at the beginning of the season, she was surprised. She didn't say no right off the bat and she didn't even hint that she was already involved with someone else. That could be foreshadowing for a potential Owen breakup, especially since he already has his own plate full with his BFF baby mama Teddy and potentially losing Leo to the baby’s maternal grandparents. It’s all just another week in the Grey’s Anatomy universe, but Amelia might be in the market for an easier romance than she’s had in the past.

Right now, Owen and Amelia are still technically together, but if I know anything about primetime dramas, anyone that can get together, will eventually be together. Meredith is already dating one sister’s ex, so it would only be fitting that Amelia, Meredith’s other "sister," start dating Link, who is kind of/sort of Meredith’s ex.

In the past, Amelia has been given the short end of the dating straw. Her multiple tries with Owen might be enough to show fans how much she needs something easy like a fling with Link, but Amelia had relationship troubles from the start when she was on Private Practice.

She had a rocky engagement with James before making her permanent move to Seattle to work with Derek, and before that, Amelia’s relationship with Ryan ended tragically when he overdosed and died after a night of doing drugs together. After Amelia’s brain surgery in Season 14 of Grey’s Anatomy, she seemed to have a new take on life and with it came her eventual reconciliation with Owen. But even that hasn't lasted and now they could be headed for splitsville again. If that happens, Link could be the one to pick up the pieces.

After Link initially asked Amelia out and got rejected, there haven't been many other hints that the two will get together. But after Meredith made her choice with DeLuca, that left Link single and open for a relationship with someone else. Amelia should probably break things off with Owen before she rushes into anything else, but it does look like that’s where this is headed. Either way, I am in total support of Amelia being with literally anyone who could make things easier for her than they have been. If that ends up being Link, then I ship it.