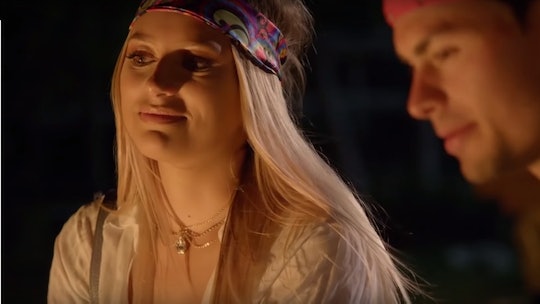 Cara Has Been The Change Of Pace 'Siesta Key' Needed

Alex might have more than one woman wrapped around his finger at once, but when his ex-girlfriend Cara came into the picture this season, she proved that his charm doesn't work on everyone. Despite being in a relationship with Juliette on and off, Alex was quick to get his flirt on with Cara, but she has had none of his would-be charms. Now that the season is ending, fans are wondering if Cara will be on Siesta Key Season 3.

She has been just what the show needed, especially in a season when Alex is discovered with two women in his bed and Juliette still agrees to get back together with him. But instead of wasting time lecturing Alex or telling him off, Cara has been mostly unbothered by him unless he approaches her. Which has been quite a lot considering they aren’t even together.

Right now, there hasn't been a Season 3 announcement, so it’s unclear if Cara will be back for another season, but she has certainly slid right in with the rest of the cast. Since Chloe brought her to town, she could be the partner in crime that Chloe has always needed in a sea of clueless men and women with whom she’s on again/off again friends. If Siesta Key is renewed for Season 3, it would make sense for Cara to return with the rest of the cast, but she hasn’t said anything about it just yet.

Chloe brought Cara into the fold at the beginning of the season and right from the start, that created more tension between Juliette and Alex. Juliette said that just by being in town, Cara was a threat to their relationship. But if we’re being honest, there have been enough other threats to their relationship that one more ex in town really wouldn't make a difference.

Cara, to her credit, rose above the drama and has always insisted that she didn't come to town to steal Alex from anyone or get back together. And so far, she hasn't shown any interest in her former college boyfriend. At the end of last week’s episode, Alex tried to tell Cara that he wasn't a cheater while also flirting with her in a roundabout way that contradicted everything he said.

But she shot that down really quick and told him that the only reason he had to defend himself against cheating rumors was that he had probably cheated. And it has been like that for the majority of the season, which is why Cara has been exactly what Siesta Key has needed.

There is still no word if Siesta Key will be back for Season 3 or if Cara will be back along with it, but fans seem to be in agreement that they want her to become a regular cast member. It might have something to do with the fact that she doesn't take Alex at his word like so many of the other cast members and it’s so refreshing.

Cara might also stay on the show if she continues to date Garrett. They were drawn to each other shortly after she made her Siesta Key debut and could still be together outside of the show. If they are a couple, then she will be back for Season 3, if only as part of Garrett’s storyline.

Until Siesta Key is officially renewed for Season 3, it’s going to be unclear who will be back and who will be given the boot, but Cara seems like she has fit in well with enough of the show's current stars to come back for another season.