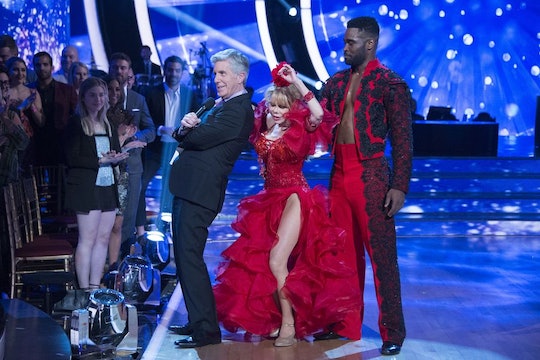 Charo's Time On 'DWTS' May Be Coming To An End

It wouldn't be Dancing With the Stars if one of the stars didn’t stir up some trouble a few times during the season and already that drama has come from Charo, the fiery but usually happy performer. But after receiving scores she wasn't too pleased with so far this season (a 21 and then 25 out of 40) and almost getting eliminated during Week 2, she threatened to leave, so will Charo quit Dancing With the Stars?

There’s already been some controversy and what looks like an ongoing feud between Charo and one of the judges, Bruno, which is likely part of what has fueled the rumors that Charo could be leaving the competition. But, according Charo herself, she loves the show too much to give up this early in the game. A source originally reported to E! News that Charo was so unhappy with allegedly unfair scores that she was thinking of quitting. However, Charo took to Twitter soon after to squash those rumors while also reminding people that “Team Cuchi Cuchi” is here to stay. At least, for now.

It would certainly be easy to quit and maybe the idea was thrown around when Charo was almost eliminated (though Chris Kattan was sent packing instead). But the fact of the matter is that she’s still there and she still has a chance with partner Keo.

Part of the rumors about Charo leaving DWTS likely stemmed from the exchanges she’s had with Bruno, who has been a more than willing participant in their repertoire. At one point when Bruno was judging Charo’s dance moves, she seemed to make a move for the judges’ table (or at least pretend to) and Keo playfully held her back. Everyone laughed, including Bruno (which wasn’t really surprising though), but if there’s any truth to the two of them really fighting, it has yet to officially come out.

Tom Bergeron, the ever faithful host of DWTS, has literally been in the middle of Charo’s feud with Bruno on the show and even after the contestant tried to steal his microphone, he was able to keep his composure. In an interview with Access Hollywood, Bergeron said that part of Charo’s supposed threats to quit DWTS could easily be part of the playful personality that comes with Charo. "I had read some stuff that she was really upset," he said. "I think some of that was performance art… But I get why she might have been upset with her scores, sure."

Luckily, Charo doesn’t seem to be leaving DWTS on her own accord anytime soon, and as long as her scores can raise a little bit, she should be a little safer from elimination too.