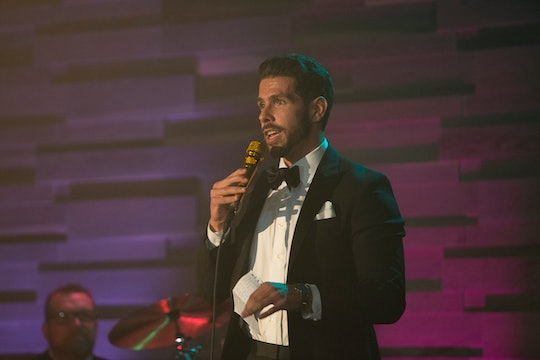 Unfortunately for Becca Kufrin, who’s already had enough heartache in The Bachelor franchise, she’s had some pretty awkward and uncomfortable eliminations this season. But hopefully all that will change now that she’s narrowed her men down to the final six. For Chris Randone, however, his time competing for roses and for Becca has ended, so will Chris be on Bachelor in Paradise?

His exit on The Bachelorette wasn't cute — he downright refused to allow Becca to walk him to the waiting car to escort him to the airport. He honestly could have avoided the pre-rose ceremony elimination if he’d been a little more laid back and a lot less insecure about where he stood with the Bachelorette, but who has time to coddle these men when love is on the line with others who are truly there for her?

It looks like it all worked out for Chris in the end, though, because he will in fact be one of the handful of Becca’s guys to appear on Bachelor in Paradise Season 5. That’s right — everyone’s favorite Ben Stiller doppelganger will be back on the screen to plead his case and probably argue with his competition, only this time it will be in Mexico and there will be more than one woman to fight over.

Although he’s about to try and find love once again, there’s no getting around the fact that many fans were put off by his behavior with Becca on The Bachelorette. Chris’s first problem was thinking that he could hijack a group date to slander another contestant, which is exactly what he did. During Monday’s episode, the guys were supposed to hold a faux debate and plead their case as to why they were each the best guy for Becca. It was supposed to be fun, light-hearted, and adorable. But Chris took the opportunity to talk badly about Lincoln Adim and Becca was understandably upset with the direction the date took.

"Both Lincoln and Chris say that they’re here for me, but the way that they handled themselves around me and during this debate is stupid drama that should not be happening in front of all of these people," she said during the episode. "It's so embarrassing that these guys are airing their dirty laundry out for everyone to see. I don’t want to feel like I’m back in elementary school."

Judging by Chris’s past behavior that continued until his Bachelorette exit, can we expect more of the same once he arrives in Paradise? I’d like to believe that he can change and learn from his mistakes, but he seems like the type of person who’s like that all the time. I pity the first Bachelor in Paradise star who gets in his way, because chances are, there will be yet another season-long feud and plenty of shots of Chris explaining to multiple women why he deserves a rose above all of the other guys.

Then again, I guess the whole point of the show is to have a diverse cast comprised of both sweet, genuine people and complete messes from their respective seasons. In this case, Chris is obviously one of the messes. He had a lot of potential at the start of Becca’s season, but it wasn't long before his personality came through as one that was confrontational, insecure, and kind of manipulative. I certainly hope that he can change for the better once he gets to Paradise, but the second he’s the odd man out with no rose, I fully expect a dramatic and awkward exit from the show.