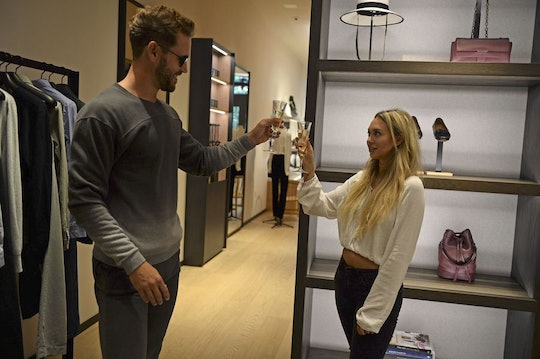 The 'Women Tell All' Needs Corinne To Attend

By the time the Women Tell All special for The Bachelor airs, another two contestants will have bitten the dust. And if one of them is Corinne, who has beat the odds and made it insanely far this season, she will probably not go without a fight. But since the exits are usually pretty quick, will Corinne attend The Bachelor's Women Tell All special? She has been a memorable fan favorite this season and whether you loved her or just loved to hear everything that came out of her mouth, she was a welcome addition to Nick's season of The Bachelor.

Every season of The Bachelor and Bachelorette has a villain and even though I hate to place a label like that on Corinne, she definitely fell under a villain-like category, at least every so often. But when it comes down to it, she was really just being super honest and herself, instead of putting on any fake airs. However, her confidence rattled the other women and turned some of them against her.

Season 12 of The Bachelorette had Chad Johnson as the villain and he seemed to thrive under the title. Recently, he spoke to Entertainment Tonight about returning to Bachelor In Paradise for another season and admitted to texting Corinne. So either the Bachelor contestant gets the boot soon or may not get a proposal in the end regardless. With those kinds of clues, you have to assume that Corinne will be at the Women Tell All special in full force.

The Bachelor special will air after Episode 10 on March 6 at 9 p.m. ET and it'll last two hours, meaning that there will be more than enough time to dive into the real important issues of Season 21 of The Bachelor. And no, I'm not just talking about the aspiring dolphin trainer, Alexis. Although Corinne spent the better part of the season being herself and doing what she thought was best to secure a place in Nick's heart, it wasn't long before she rubbed some of the other women the wrong way. Whether it was taking her top off during the wedding dress group date or meeting with Nick in a trench coat and a can of Reddi Whip, she was just being the best Corinne she could be.

But after all of that, you have to assume that Corinne will be quick to not only defend herself on the Women Tell All, but also confront Nick for sending her home (if he, in fact, did at this point). And how could we ever forget the two episode-long fight between Corinne and Taylor? Their skirmish resulted in Nick sending Taylor home, so there's still probably some bad blood there. Basically, the Women Tell All special for The Bachelor is going to be the perfect way to begin to wrap up the season and reflect on everything that's happened.