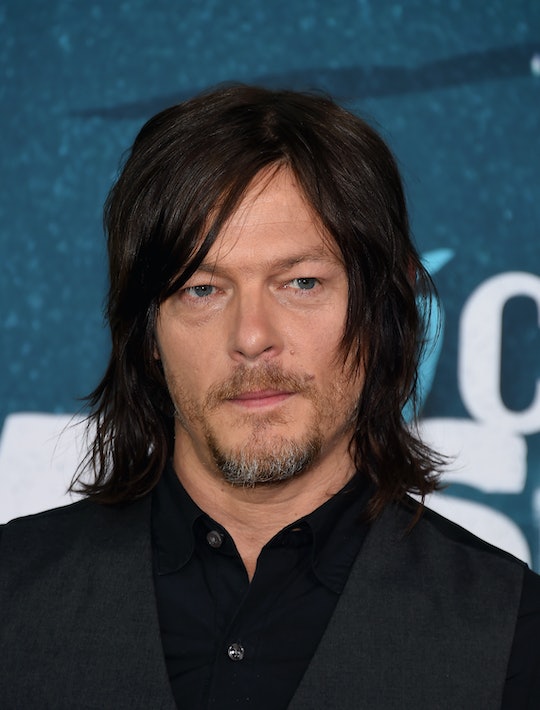 Will Daryl Die on 'The Walking Dead'? It Could Make Sense

If you get too cozy about the fate of any character on The Walking Dead, you'll probably be in for a rude awakening at some point. The show has made a point of building a world in which anyone can fall victim to the myriad threats that await our heroes at every turn. However, certain characters can start to feel immortal, even with creator claims to the contrary; for example, it's difficult to imagine that Rick Grimes (Andrew Lincoln) will die. The same might have felt true for Norman Reedus' Daryl Dixon, especially considering his repeated ability to wriggle out of any scrape no matter the odds, but lately rumors have been ramping up that he may not be quite so safe. In the last episode before the finale, "East," viewers saw Daryl take a bullet before the screen went black. There have been endless hints dropped that some major character will be gone soon. But who will it be? Will Daryl die this season on The Walking Dead?

The only thing we know for sure is that he's not dead yet. Though the last episode showed him getting shot by the Savior Dwight (Austin Amelio), the actor explained that Daryl was fine and clarified that his character's intention wasn't to kill Daryl. That's a breath of relief for now, but the season finale is a whole other question mark.

Daryl's place in the story has always been a little bit more uncertain than some of the other characters. This is because Daryl has no comic book counterpart; he was invented entirely for the show based on the strength of Reedus' audition. He originally auditioned for the role of Merle Dixon (also a non-comic character), which ended up going to Michael Rooker, but he was so well-liked by everyone involved that they added another role just for him. Creator Robert Kirkman has explained that this had a huge effect on many of the storylines, since Daryl was a wild card factor that changed how things would play out from page to screen.

It also meant that it was harder to determine Daryl's expiration date. Lots of characters who have died in the comics are still around (Glenn, Carol, Abraham) and vice versa (Carol's daughter Sophia), but at least the audience knows to be prepared for their eventual demise. There's no way to guess definitively when or if Daryl will go. Even Norman Reedus has no idea: "I never feel secure. I don’t think any of us feel secure — including [Andrew]. I think every single one of us on the show knows that we can go at any time. That’s the world that we’re living in. That’s the reality. We could all go at any time."

Theories behind Daryl's potential demise are pretty convincing. Daryl is currently under the control of a group of Saviors, who have a real grudge against him for killing a bunch of their people with a rocket launcher that one time. He's also incredibly important to Rick and the entire community at Alexandria, so if the Saviors were going to pick someone to kill, Daryl would make the most impact while also allowing them to get revenge for their own dead comrades. Daryl has also come a long way, from redneck loner to important part of the group; if it was time for his story to come to an end, then he would have had a great arc.

While viewers won't know what happens to Daryl until the finale (or maybe not even then), it does seem a fair guess to say that he will be heavily involved in the Savior plot since he was one of the first characters to interact with them. If Daryl is the one to die, it would definitely have the huge impact Negan's arrival needs; fans, as they've said many times before, would riot. It would shake up the world of The Walking Dead like nothing we've seen yet – but it could also backfire. Killing off a fan favorite could just as easily result in losing a big chunk of your audience.