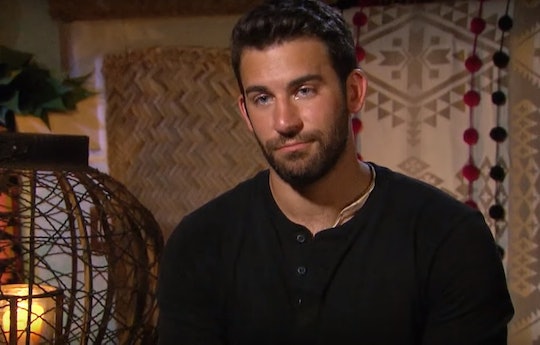 It’s that time of year again. Not just the time to gear up for pumpkin spice everything, but also the time to start thinking about who will be the next Bachelor with Bachelor in Paradise past its halfway point. It's hard to believe that just a few weeks ago, these directionless contestants arrived on Paradise single and now some of them could be engaged in a couple of weeks. Unfortunately, that’s not the case for Derek this time around, but there is still hope if Derek is the next Bachelor. Overall, his run in Bachelor Nation has been one marred by heartbreak and letdowns and it does look like Bachelor in Paradise producers gave him a classic Bachelor edit this season.

The next Bachelor hasn't yet been announced, but I have a feeling it’s coming in the next few weeks as Bachelor in Paradise Season 6 winds down. Although there are typically a few frontrunners from the most recent season of The Bachelorette, Derek, who has been active in the franchise for a few years, has joined the likes of Peter and Mike, who are both from Hannah’s season of The Bachelorette.

This season on Bachelor in Paradise, Derek fell hard and fast for Demi, who started to have feelings for him too. But her feelings for her girlfriend back home, Kristian, got in the way of that and she realized she wanted to be with Kristian. Derek took the breakup with class, but it didn't stop him from breaking down to producers about losing out on the possibility of love. It also began part of what could be his Bachelor edit.

Because no one affiliated with The Bachelor franchise has made an announcement about Derek being the next Bachelor, it’s all speculation at this point. It does seem like he has the story to make his mark as the next male lead, however.

He made it to week six in JoJo’s season of The Bachelorette and left the Bachelor in Paradise Season 4 reunion engaged to Taylor Nolan, who he fell for during that season of Paradise. They broke up shortly after, but he returned this season to try and find love again. Unfortunately, it hasn't happened yet, but all of this could have been leading up to Derek getting his chance to find love on his own show on his terms. Fourth time's a charm, right?

He already has some Bachelor Nation support. Wells, who also competed for JoJo’s love and roses on The Bachelorette Season 12 and is now the resident Paradise bartender, recently tweeted support for Derek as the next Bachelor with the hashtag #DerekForBachelor. And while Colton supports Peter from Hannah’s season as the next Bachelor, he told Life & Style that he can now see Derek as a contender.

"If I was a betting man, which I am, I like Peter," Colton said, of his guess who the next Bachelor will be. "The only other person that I can maybe see is Derek, too, after last night’s episode."

The episode he referred to was the one in which Demi broke things off with Derek to follow her heart and he made sure she felt comfortable doing so despite having his own heart broken in the process. If the image of Derek crying to producers during a talking head interview isn't a sign that he is a frontrunner for The Bachelor, then I don't know as much as I thought I did about The Bachelor franchise.

Derek isn't the only potential Bachelor for next season, though. He is up against Peter, who stole hearts as one of Hannah’s final four on The Bachelorette, and Mike, who continued to swoon fans on Bachelor in Paradise. The competition is stiff, but Derek has the potential (and the edit) to be the next Bachelor.