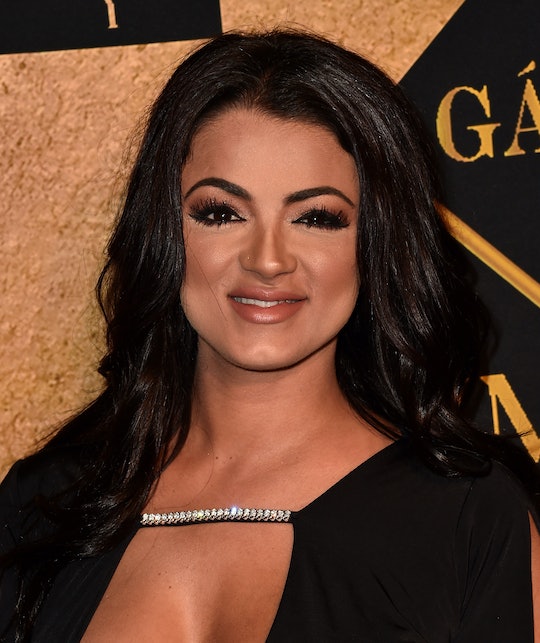 GG & Nema On 'Shahs Of Sunset' Have Serious Chemistry

Golnesa "GG" Gharachedaghi hasn’t had an easy go at it as far as relationships go on Shahs of Sunset. But now that her divorce is almost finalized and her new co-star, Nema Vand, has shown serious interest in her, she could be ready to reenter the dating pool. So will GG and Nema get together on Shahs of Sunset? In the Season 7 premiere, Nema was clear about his attraction to and his interest in GG, so it was no real surprise when he asked her out to dinner. She seemed visibly flustered but also flattered and agreed to the dinner date.

But at the time of filming Nema may have been involved with someone else and GG was still in the midst of her divorce proceedings, so it may not have been the best time for the two to pair up. That being said, it also looks like the interest in making something more out of what appears to be a mutual attraction is stronger on Nema’s part.

GG recently spoke to Entertainment Tonight about being newly single and potentially looking for a new partner and unfortunately, Nema hasn't made the list just yet. Ok, so there’s not really an actual list, but GG seems more content keeping him close as a friend and cast-mate rather than a potential long-term lover.

GG told Entertainment Tonight that although Nema has shown plenty of interest in her, he’s not really on her radar as a future husband or father of her future children. "Nema's a sweetheart," she said. "I think we have a roller coaster of a situation the entire season, but it starts out with an extremely bold move on his behalf, which was to try and make out with me, like, four or five hours after meeting me."

While Nema’s intentions seem pure on the show, GG says that she wants to find someone to have a child with but she doesn't really want a relationship. "I'm looking for, ideally, a man who would like to be a parent and not be in a relationship with me," she said in the same interview with Entertainment Tonight. "Because I know myself, and I can't be in a relationship with a person. So, a guy who's ready to be a dad, be involved and have that, just the way I am." But since Nema seems to want more than that, my guess is that GG and Nema likely won't be getting together this season on Shahs of Sunset. But viewers can expect to see plenty of ups and downs with the two and likely a will they/won’t they dynamic.

But if Nema remains part of the cast moving forward, there’s always hope that something could change between them as the show moves on. They definitely have a certain amount of chemistry that’s kind of hard to ignore. This season, however, doesn't look like the season for Nema and GG to be an official "thing."

Of course GG could change her mind eventually and decide that she does indeed want a relationship with all the trimmings, but right now, it looks like she’s happy being single. And yes, that means staying out of an established relationship with Nema too, no matter how charming he may be.

At the very least, viewers can probably expect a season of flirting and maybe a kiss or two, but GG made it clear that she’s looking for someone who’d rather have a baby with her than enter into a romantic relationship.