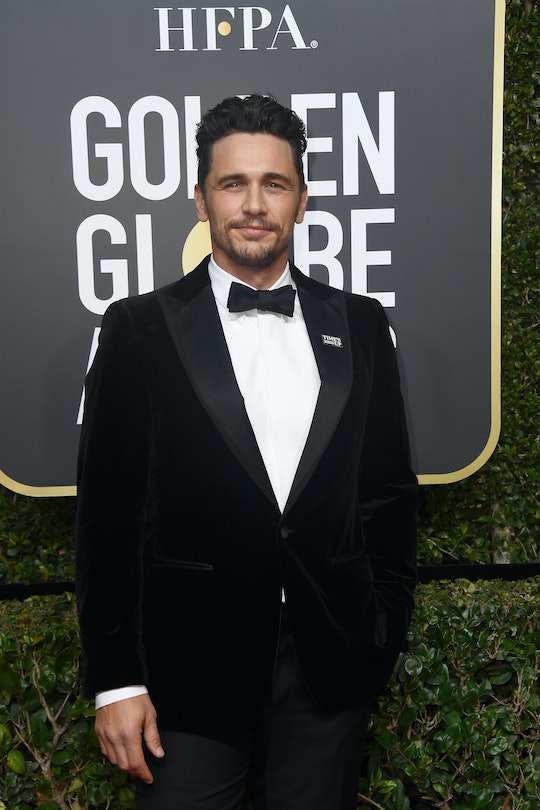 Will James Franco Be At The 2018 Oscars? The Actor Didn't Receive A Nomination

At the Golden Globes, the first major awards show of the season, Franco was one of many attendees to wear all-black and a pin that read "Time's Up," the name of Hollywood's movement founded to combat sexual misconduct in the workplace. Just three days after the Golden Globes, which were on Jan. 7, five women came forward and accused actor James Franco of sexual misconduct. Many criticized the hypocrisy of Franco's so-called support for the movement once the allegations surfaced — and the actor was quick to deny said allegations. So now, with the biggest awards show of the year around the corner, many are undoubtedly wondering: Will James Franco be at the Oscars?

Considering the sexual misconduct allegations and the fact that he is not nominated for an Oscar, it's highly unlikely that Franco will make an appearance at Sunday's awards ceremony. Shortly before the allegations came out, Franco won a Golden Globe for his role in The Disaster Artist. When the Oscar nominations were announced, many news outlets and people on the internet drew attention to Franco not being nominated. As Deadline reported at the time, voting for Oscar nominations closed on Jan. 12 — just one day after the Los Angeles Times reported the allegations.

He doesn't want it to look like the snub is correlated with the allegations against him. James is trying to get through this rocky patch and hopes everything will blow over appropriately. He is really leaning on his family right now and trying to stay under the radar as much as possible.

Representatives for Franco did not immediately respond to Romper's request for comment regarding his attendance at the upcoming Oscars.

In the Jan. 11 LA Times piece, five women who had worked under Franco came forward with stories about behavior of his that they, "found to be inappropriate or sexually exploitative."

“I feel there was an abuse of power, and there was a culture of exploiting non-celebrity women, and a culture of women being replaceable,” Sarah Tither-Kaplan, a former student of Franco's who also acted in several of his films, told the outlet. Tither-Kaplan first made waves when she tweeted about Franco's behavior during the Golden Globes broadcast several days prior.

And in between the Golden Globes and the LA Times report, Franco appeared on The Late Show with Stephen Colbert, where he addressed the allegations. He told the talk show host:

Jan. 12, the day after the LA Times report dropped, marked the Critics Choice Awards. Franco skipped the ceremony despite being nominated for best actor in a comedy — and he won. Shortly after, on Jan. 21, Franco attended the SAG Awards with his girlfriend Isabel Pakzad. He did not win a SAG award. Based on his lack of a nomination at the Oscars and all the allegations, it's safe to say he will probably sit this one out.