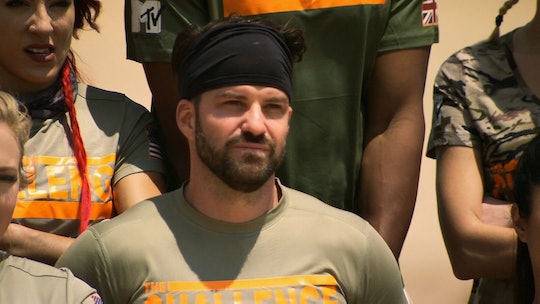 The only thing certain in this world is death, taxes, and Johnny Bananas. At least, the latter is the case when it comes to The Challenge. Ever since he made his MTV debut on The Real World: Key West in 2006, he has been a permanent fixture on the network in different seasons of The Challenge and it’s only natural to wonder if Johnny Bananas will be back for The Challenge Season 34. He is easily one of the most memorable veteran players of all time and he will probably go down as one of the longest running Challenge competitors, which I have a feeling he has no problem with. At this point, Johnny Bananas is synonymous with The Challenge and even if you have never watched an episode, you have probably heard of him.

That doesn't necessarily mean that Johnny will be back for Season 34, but it does mean there’s a good chance. Although he is a vet and easily one of the most experienced players from this past season, Johnny was sent home after losing a challenge in Episode 3. That’s a big deal for any Challenge veteran, let alone someone who is as iconic as Johnny is in the franchise. For that reason alone, I expect him to come back next season with a vengeance, out for blood and ready to win that prize money for himself.

The only other time Johnny was eliminated that early was when he got sent home in Episode 1 of The Challenge: The Duel, which was also his first season ever on the show. He went on to compete on 17 more Challenge seasons and won six of them. And even when he didn't win a season, he was able to make it pretty far. In some cases, he did make it to the finals before being eliminated. That’s a pretty solid track record for someone who was eliminated so early in a rookie-heavy season like War of the Worlds. I don’t think Johnny would want that to be his lasting impression on fans, even if he plans to come back to the show in a few years. So chances are, he will be back sooner rather than later. In this case, that means Season 34 could be Johnny’s season.

Back in February, Johnny spoke to Rolling Stone about his long history with The Challenge and said that he isn't going anywhere for the foreseeable future. "I know this sounds cliche, but age is just a number," he said, of being 36 years old and a tad older than some of the newer Challenge competitors. "Tom Brady is in the Super Bowl and he’s 41. I might not have one left in me, but I might have eight left in me. I’m going to continue doing Challenges until MTV says no more, my body says no more, or my mom says no more."

Earlier this year, there were rumors that Johnny might be asked to be the next Bachelor and, he told Us Weekly, he was more than down to try out the reality show. He even joked that if he was asked, he would hand out bananas instead of roses. Since then, there haven't been any solid inklings that Johnny will in fact be a future Bachelor, but that’s good news for Challenge fans who still look for him on every season’s cast list. It means that he is that much more likely to be on The Challenge Season 34.

It’s still not clear who will be on The Challenge Season 34 or if there will even be any long-standing vets this time around. But given Johnny’s past with the show, I wouldn't be surprised if he has a standing invitation to come back anytime he wants.