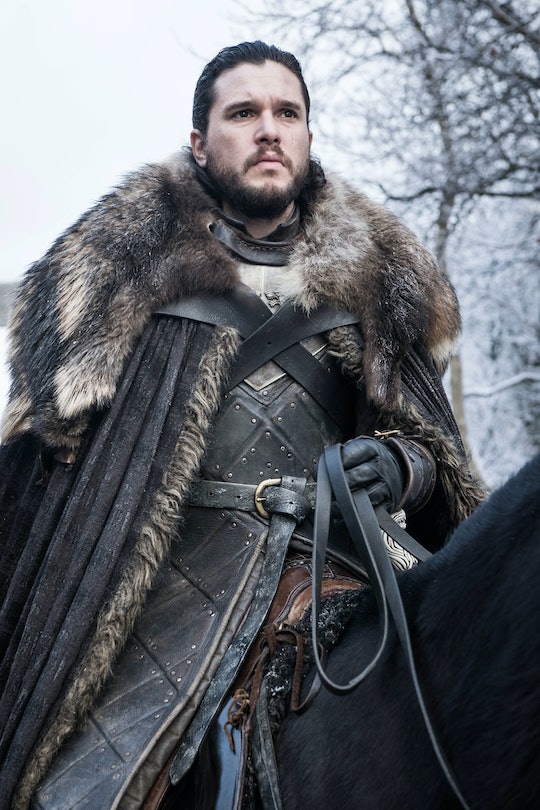 Jon Snow is one of the many Game of Thrones characters who have had it rough. The Stark children in general have had a terrible past few years and after dying once and being brought back to life, Jon was given the chance to rule the North. Now that he is aligned with Daenerys and all but betrothed to her, it's probably time for more bad luck to find him. So, will Jon die on Game of Thrones? Happy endings just aren't a thing with this show. All you have to do is look at the way that generations of the Targaryens, Tyrells, and Baratheons were wiped out in the past 30 years. Even the Lannisters haven't been safe from losing family members.

I don't think Game of Thrones will end without some other important figure being killed and that will very possibly be either Jon or Daenerys. I know, it's almost blasphemy to say that about Jon, who still has yet to learn about his true parentage and who he is in the grand scheme of things. But Game of Thrones has always been a series that shows how sometimes, the villain wins too. The show could end with everyone in Westeros dead and part of the Night King's army. It just doesn't seem likely that Jon and Daenerys will get to share the throne and live happily ever after. As Ramsay Bolton once said, if you think this has a happy ending, you haven't been paying attention.

The cast and crew of Game of Thrones have been as tight-lipped about the show's ending as government officials harboring the nation's secrets. It really is serious business and while in the past, there were leaked set photos to allude to Jon coming back from the dead or Cersei being back in power with her new pixie cut, that isn't the case this time around.

All fans have to go on, other than their hopes and their tin foil theories, are the little snippets about the finale that have been given away here and there. George R. R. Martin once said that Game of Thrones will have a "bittersweet" ending. If you take Jon into account with that, it could mean he dies at the end but does so in honor. He could die in order to save those he loves and make a difference in the great war to come.

Emilia Clarke, who plays Daenerys, Mother of Dragons, and a dozen other titles, was equally as cryptic about how Game of Thrones ends. She told the Daily Mirror that her last days filming were "heartbreaking" and if that has anything to do with what they filmed, it could mean a fatal end for Jon, everyone's favorite hero.

Personally, I think either Daenerys or Jon will die. Obviously we all want them both to live long fictional lives with their dragons and a brood of new Targaryen children, but something tells me that's not in the cards for them. Jon could sacrifice himself to the Night King and become a Walker himself in exchange for peace. Or, he could die while killing the Night King and effectively end the war.

If Jon lives at the end of Game of Thrones, then I could see Daenerys dying as a hero herself. Or maybe she dies while giving birth to Jon's child. That would definitely be a bittersweet ending for their arc. If they aren't going to get a happy ending, the least the Game of Thrones writers could do is throw fans a bone with something good coming from all of the Season 7 hints at the two of them having children.

One theory someone posted on Reddit is that Jon meets with the Children of the Forest and convinces them to turn him into a White Walker, much like they did with the Night King hundreds of years ago. He could then, in turn, somehow control the walkers himself and create peace while also sacrificing his humanity.

Another Redditor wrote that Jon could lose those important to him and end up on the throne as a lonely king. They used the statue of him in the Winterfell crypts in one of the Season 8 promos as evidence that he rules alone after it’s all said and done. I’m not sure if I see that happening because Jon doesn't even want the iron throne, but it’s one way he could be alive by the time the season is over.

After all that Jon has been through, it would almost be a waste for him to die at the end of Game of Thrones, but if he goes out heroically, it would make total sense. For now, lets just pray to the Lord of Light, the Many-Faced God, and the Old Gods and New that if he doesn't survive the long night, Jon doesn’t go down without a fight.