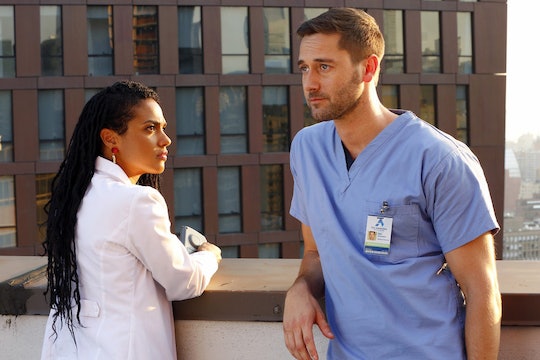 Everyone loves a good medical drama. It seems like there's a new one every year and quite a few become mega-hits (hello, Grey's Anatomy). NBC's latest offering in the genre was an early hit in fall 2018, so I know you're wondering — will New Amsterdam be on Netflix?

Sorry to burst your bubble, but all of my evidence points to no. Don't worry, if you're itching to catch up with Max and the gang, you can watch Season 1 episodes right now on Hulu or NBC.com. You don't even need a cable subscription to access the latter — I tested it for you.

If you are a Netflix purist, that doesn't solve your problem. I understand your frustration, but I can't fix the issue. I totally understand why you had the question in the first place. Another NBC hit, Good Girls, is currently available to stream on both Netflix and Hulu. The catch is that Hulu users only have access to the five most recent episodes of Good Girls, while they can watch New Amsterdam in its entirety starting from the pilot episode up until the most recent one. So, it seems like the latter is following the example of its Tuesday night lineup partner and fellow mega-hit This Is Us. The Pearsons aren't on Netflix either, but you can cry with them from the pilot all the way up until this year's Season 3 finale right now if you have Hulu.

I absolutely hate that sometimes my job involves crushing multiple dreams at once, but if you're still holding out hope — protect yourselves. I know there are quite a few NBC classics on Netflix right now, but they might be leaving soon. I know. Breathe and stay with me, OK?

As reported by the LA Times, chairman of advertising and partnerships for NBCUniversal, Linda Yaccarino, dropped a hint that the network will be launching their own streaming service soon. "The shows that people love the most and stream the most are coming home at a price that every person can afford: free," she said. The service does not have a name right now, but it's expected to launch in mid-2020.

Yes, that means The Office will probably be leaving Netflix soon, though nothing has been officially confirmed. There is a trend in the TV industry right now of networks launching their own streaming services in order to take back their content from Netflix. The LA Times reported that NBC's workplace comedy was the streaming service's most-watched show in 2018. Viewers enjoyed 52 million minutes of Jim Halpert playing pranks on people and just trying to survive the day at the Dunder Mifflin Paper Company.

I'm guessing most networks are itching for their current contracts with Netflix to expire, and when NBC's does they probably aren't going to be making new deals for current hits like New Amsterdam. The networks' war on Netflix does sting for tons of TV fans right now. Future streaming homes for so many of my favorite shows are up in the air. The good news is that there are so many places to watch New Amsterdam for free. That's a rare gift that you should take advantage of.