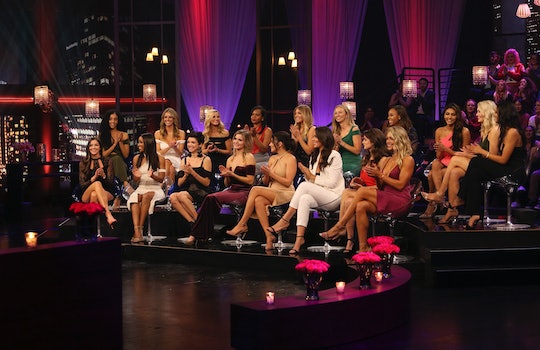 Most Bachelor fans went from not knowing much about Arie Luyendyk Jr. this season to scouring the internet for any and all clues about how the season ends and who he ends up with. Needless to say, it's been a wild ride and after all is finally revealed, fans also have the likely announcement of the next Bachelorette to look forward to. So, will the 2018 Bachelorette be announced on After the Final Rose? That’s typically when it happens each season, except for 2017, when Rachel Lindsay was announced as the Season 13 Bachelorette ahead of her elimination on Nick Viall’s season of The Bachelor. Since that happened on the Women Tell All special, though, and no such announcement came during the special this year, then we can expect to see the 2018 Bachelorette announced on After the Final Rose following the season finale of The Bachelor.

This season, things are set to be a little different than seasons from the past, though. Instead of having After the Final Rose air in full directly following The Bachelor finale, the special will actually broken up into two parts. After The Bachelor Season 22 finale airs on March 5, part one of After the Final Rose will be on immediately afterward. Then, the following night on March 6, the second part will air and conclude the season, likely with an announcement of the next Bachelorette. And as of right now, there are no shortage of contenders for the coveted role.

Despite her age being an issue this season on The Bachelor, Bekah Martinez, who’s 23 but was 22 during the filming, told E! News that she’d be interested in filling the role, should she be asked to do so. "I think Bachelorette would be an amazing experience because you're opened up to so many possibilities, so many kinds of men, and also now going through the experience myself, I must say I was probably the biggest skeptic," she admitted. "I never thought I would actually develop feelings for the man on the show." But since Chris Harrison all but confirmed on Women Tell All that Bekah would appear on Bachelor in Paradise next, it probably won't be her on The Bachelorette this time around.

A serious Bachelorette contender, as far as fans are concerned anyway, has been Tia Booth. She was unexpectedly sent home as the fourth place contestant this season and also told E! News that although she hadn’t been asked yet to be the next Bachelorette, it isn't something she’d turn down right away by any means." Honestly, I wouldn't want to get my hopes up too much about being the next Bachelorette because I know there are some amazing women obviously in the running for it," Tia told the news outlet. "But I think it would be great to continue in the Bachelor family, whichever outlet that may be."

Since the 2018 Bachelorette wasn’t announced during Women Tell All, the only other possible venue would be After the Final Rose and even though there’s likely going to be a lot of ground to cover, this particular announcement is definitely going to be a highlight of the two-part finale special.