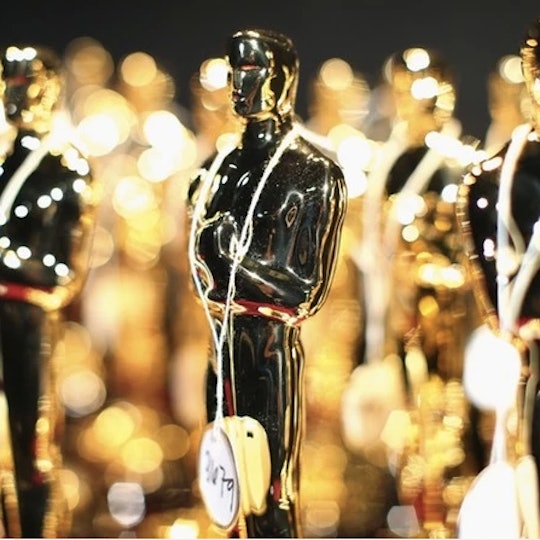 Will The Academy's Diversity Pledge Really Make An Impact? Let's Look At The Actual Numbers

On the heels of the Academy of Motion Picture Arts and Science's announcement on Friday that it will double female and minority Academy voting members, people are doing the math and wondering, will the Academy's pledge to increase diversity make a difference?

Academy president Cheryl Boone Isaacs said in a press release that the Academy will also change the process in which existing Academy members sponsor new ones "by launching an ambitious, global campaign to identify and recruit qualified new members who represent greater diversity." Well, that sounds great, but what exactly is this "ambitious, global campaign," and how many new non-white folks are being invited to the party?

According to Variety, there are 6,261 voting members of the Academy. "The Academy has 17 branches; actors nominate actors, editors nominate editors, and so on; the entire eligible membership votes on final Oscars," the paper reported. With me so far? Good. Because you're about to watch some math go down.

So, I did the arithmetic, and this is what the Academy's big diversity pledge is going to look like going forward, if the organization makes good on it's promise: Next year, expect 3,006 voting women in the Academy. It won't be a 50/50 split, but it will make a dent in terms of gender diversity if it happens.

In terms of racial diversity, the Academy's pledge isn't nearly as encouraging. As of next year, still only 752 non-white people will cast votes on Oscar nominations.

If that last number seems underwhelming, that's because it is. The Academy had to do something in response to the heavy criticism it received for the repeated whitewashing of Academy Award nominations, perfectly captured by the #OscarsSoWhite hashtag. But as the pledge currently stands, it isn't actually promising to increase its non-white membership much at all in terms of the actual numbers.

The world is watching to see how the Academy handles this scandal and, by extension, whether the U.S. entertainment industry will choose to remain exclusive and very, very white. The American movie industry has so much sway over the way people around the globe approach life as a whole; that sounds like a grand statement, but the industry's influence is actually that powerful. #OscarsSoWhite presented the Academy with an important opportunity. The organization can either punt it with an empty PR move or actually make meaningful, visible, systemic change. So what's it gonna be?

The Academy's pledge was a step in the right direction, but let's hope it was just that: a first, baby step in a rapid and more aggressive march toward inclusion and diversity.