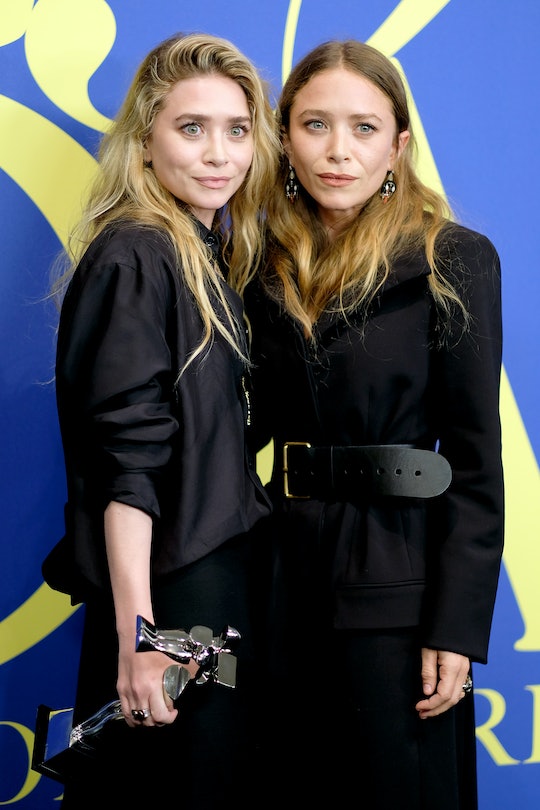 The Olsen Twins Still Haven't Made A Cameo On 'Fuller House'

One of the burning questions Full House fans had when the reboot was announced in 2016 was whether not not Mary-Kate and Ashley Olsen would be part of the cast. So far, they’ve been no-shows, but as the series progresses, the question still looms. The twins, who played youngest sister Michelle in the original series, have been mentioned on Fuller House more than once and fans still want to know: will the Olsen twins ever be on Fuller House? They might be gone, but they haven't been forgotten. During Season 4 alone, which premiered on Netflix on Dec. 14, Michelle was referenced a couple of times, proving that they haven’t written off the absent character altogether.

The actresses haven’t appeared in anything together since their 2004 movie New York Minute and have since removed themselves from the spotlight for the most part. It would make sense, then, if neither decided to make a cameo as a grown up Michelle on the reboot. Fuller House creator Jeff Franklin told TVLine in 2017 that he’d tried to get in touch with Mary-Kate and Ashley, but hadn't heard back from them at the time.

"Personally, I’ve given up asking them," Franklin said after the Season 3 premiere. "The door is open, but I’m not going to be calling them anymore to invite them. They just don’t seem interested in coming. It’s been three years of invitations, so they know the door is open. It’s up to them to decide if they want to come play or not."

Back in 2015 at the Television Critics Association Press Tour, Netflix’s chief content officer, Ted Sarandos, said that the twins were considering potentially joining the rest of the cast for the reboot, but neither Mary-Kate nor Ashley confirmed as much. And since the series premiered, they haven’t shown any interest in reprising their shared role as Michelle. There were rumors in April 2018 of their younger sister, actress Elizabeth Olsen, taking on the role, but she shot those down quickly.

"That was weird, because it was also like, 'Leave me out of this. This has nothing to do with me,'" Elizabeth said on the podcast Everything Iconic with Danny Pellegrino about being asked her thoughts on stepping in as Michelle on Fuller House. "I was doing press, and I was like, 'I don’t know what anyone’s talking about. Stop talking to me about this.'"

For those holding out hope that the twins’ look alike sister will take on the role to make the Tanner family complete, it looks like Michelle will remain M.I.A. for the foreseeable future.

Mary-Kate told Women’s Wear Daily in 2015 that she hadn’t heard about the Full House reboot until it was announced publicly. At the same time, Ashley said that she too was surprised about the news and that she’d run into Saget shortly before the news broke and he didn't say anything about it. Later, John Stamos tweeted that he didn't believe the twins were totally in the dark about Fuller House. Either way, I’m pretty sure fans would forgive and forget if either Olsen ever decide to make a short cameo on the Netflix hit.

While neither Mary-Kate or Ashley have said anything about appearing on Fuller House in the future, they are still close to their former TV dad, Bob Saget. Earlier in December at the Scleroderma Foundation’s Cool Comedy — Hot Cuisine fundraiser, Saget told Us Weekly that he still talks to them often and sees them "at least once or twice a year."

Mary-Kate and Ashley literally grew up on Full House and the fact that they’re still close to some of their former co-stars shows how much the original series meant to them. It’s clear that they’ve moved on from the show, but I’m sure they’ll always be welcomed back with open arms, should they change their minds down the road.