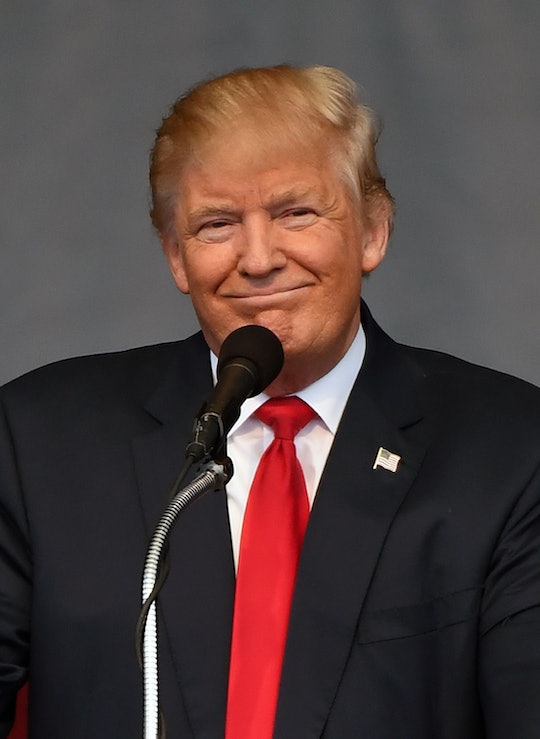 Will The Second Presidential Debate Address Donald Trump's Taxes? It's A Serious Issue

The second presidential debate is all set to air this Sunday, and here are a few things I'll be watching for: the number of times GOP presidential candidate Donald Trump interrupts his political opponent, Democratic presidential candidate Hillary Trump, as she tries to speak (I'm putting my money on at least 60 times, myself); I want to see Anderson Cooper get all serious and intense; and I want Hillary Clinton to force the crowd into spontaneous applause with some form of witty rejoinder or "Jim from The Office" stare. But mostly, I want to see Trump's tax issue addressed at the second presidential debate. On account of the fact that he should really play fair, I think.

So far, Donald Trump has refused to release his tax returns, despite being asked time and again by the Democratic party to do so. After all, Hillary Clinton's tax returns have been released. Not to mention the fact that one of Trump's biggest selling points as a candidate has been his whole "I'm a super successful businessman" spiel. Unfortunately, a recent report by The New York Times, which obtained a portion of Trump's 1995 tax return, found that Trump declared a loss of $916 million that year. Which sort of sounds less successful than one might imagine and gives his opponents all the ammunition they need to make another serious case against him.

Declaring such a large loss, according to tax experts hired by The New York Times to analyze Trump's tax return, could essentially allow Trump not to pay federal income tax for 18 years. Whether or not Trump actually did pay income tax in the interim years is, naturally, a question that remains unanswered. Trump isn't saying much, although when Clinton suggested that Trump might not have paid taxes at the first presidential debate, his smug retort was, "That makes me smart."

Which, I suppose, means that all of the rest of us taxpayers are chumps, right?

If Trump chooses not to release his taxes, he will be the first presidential candidate since George McGovern to refuse his potential voters access to his tax information.

Trump continues to claim that his taxes are under audit, and that he will release them when the audit has finished. Whether or not Trump's tax woes will be a topic of conversation at Sunday night's second presidential debate remains to be seen, as the topics are not released beforehand. Certainly Clinton, who has seen a relatively significant jump in the polls since the first debate, would ostensibly relish the chance to take Trump to task at Washington University in St. Louis, Missouri on Sunday. Plus, the audience members at Sunday night's debate will be offered the opportunity to ask half the questions for the evening, as the second debate will be a town hall-style debate, with audience participation.