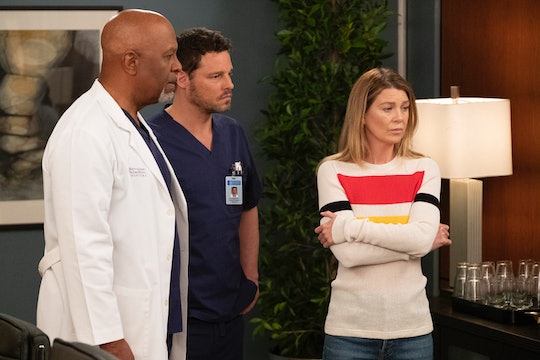 'Grey's Anatomy' Season 16 Could Bring A Lot Of Changes

This season, Grey's Anatomy surpassed ER as the longest running primetime medical drama and if it continues in this path, three more seasons could pass before slowing down is even talked about. I don't think any fans are complaining, but they might still be wondering if there will be a Season 16 of Grey's Anatomy at all. It makes the most sense for the show to continue, especially since it still rakes him millions of viewers every Thursday night. And, unsurprisingly, Grey's Anatomy was recently renewed for two more seasons. That means fans have at least two more years of drama, sometimes unrealistic medical cases, and doctors who could moonlight as professional models.

There was never any question as to whether or not Grey's Anatomy would be renewed, as Ellen Pompeo had signed a contract pinning her down for Season 15 and 16 before the renewal was even announced. She just signed another contract for Season 17, but beyond that is anyone's guess right now. Series creator Shonda Rhimes has said in the past that as long as Pompeo is willing to be part of the show, there will be more Grey's Anatomy. If Pompeo decides that Season 17 is enough for her, then these next two seasons could finally wrap up the series as a whole.

Season 15 concludes tonight but the penultimate episode already set up most of the doctors at Grey Sloan Memorial Hospital for disaster. DeLuca took the fall for Meredith's insurance fraud she committed to help a patient, Owen is stuck in a multi-car pileup with the only person in the world whose blood will save Alex's young patient, and Teddy is in labor. There's just *a lot* going on right now and that isn't even from the Season 15 finale. Needless to say, Season 16 could be more dramatic than ever for a lot of Grey's Anatomy's main characters.

I don't see Meredith letting DeLuca take the fall for her much longer than he already has, so there is a chance that she will turn herself in to help him keep his medical license. Then again, he was kind of part of Meredith's scam, so it's still possible that he could face repercussions, however minimal they might be now.

And although Teddy went into labor miles away from the hospital, I'm sure Amelia will get her there in time for Teddy to profess her love to Owen. He still needs to tell the woman he loves how he feels, though, so there could be yet another love triangle on the horizon. Then there's poor Koracick who has blindly fallen for Teddy. If she dumps him in tonight's finale, then Season 16 will likely show a very different and much harder Koracick.

Jake Borelli, who plays Schmidt on Grey's Anatomy, told CinemaBlend that fans are "going to be excited for Season 16" after they see the season 15 finale. "I feel like we set this finale up in an awesome way because almost every main character is in danger in some way," he said. "I'm super excited to see who pulls through." He added that there will be "a lot of good and a lot of bad" surprises by the end of the Season 15 finale and I have a feeling that means things will be set up nicely for Season 16.

Like every other past season, fans can expect Grey's Anatomy to premiere sometime in the fall on ABC. Every year after the inaugural season, the series returned in September, so if that's the case this time around, viewers will just have to get through the summer until all of their burning Grey's Anatomy questions are answered.