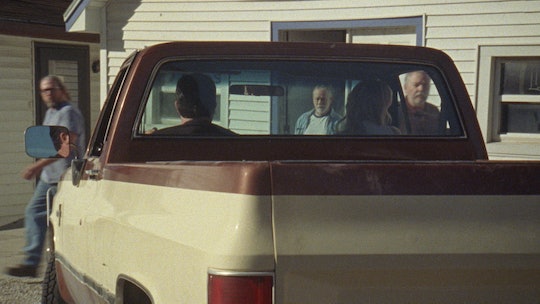 SundanceTV’s No One Saw a Thing explores what happened when the citizens of one small town took the law into their own hands. The docuseries explores the life and death of Ken McElroy, known to residents of Skidmore, Missouri as an incurable bully. The six-episode miniseries leaves no stone unturned when looking into the mystery of McElroy's death, but true crime fans always want more information. So will there be a Season 2 of No One Saw a Thing? The docuseries has the potential for another season, but right now, there hasn't been an official announcement either way.

No One Saw a Thing shows viewers how McElroy evaded the law time and again in the small town of Skidmore. Though he was charged with numerous crimes over the years — everything from child molestation to burglary — nothing seemed to stick.

In 1980, before he was arrested for what would be his last crime, McElroy shot elderly grocer Bo Bowenkamp after the grocery store owner’s wife allegedly reprimanded one of McElroy’s children for stealing a piece of candy, according to the Kansas City Star. He was finally convicted for assault after shooting Bowencamp, but was quickly released on bond, according to The New York Times. He was soon thereafter seen carrying a rifle in town, which violated the terms of his bond, but a hearing for the case was postponed.

This riled up many of the town’s residents, as it appeared McElroy would never have to answer for his many crimes.

While free, McElroy and his wife, Trena, apparently drove to a local bar. The two had just left and were sitting in the car when dozens of Skidmore residents approached them. One of the townspeople shot and killed him in full view of dozens of others. To this day, no one has been formally charged with McElroy’s murder, despite investigations into his death.

Because McElroy’s death is still a mystery, it’s unclear how a Season 2 of No One Saw a Thing would work if the show wanted to continue investigating the murder. The show could go on to explore potential theories about who killed McElroy or even talk to more people who might have been witnesses of his other crimes before his death. But it's unlikely this would lead to a satisfying conclusion.

Missouri State Highway Patrol Trooper Dan Boyer, who was one of the first responders on the scene of McElroy’s murder in 1981, told A&E Real Crime that none of the dozens of Skidmore residents who were present at the time of McElroy’s death were willing to talk to police about who might have committed the crime.

Boyer recalled that at the time, when he was examining the crime scene, one of the town residents asked him, "Why are you doing this? You know what he was like. You know how he oppressed and threatened us. I don’t believe you’re coming now, after we needed your help all this time." It was clear then and even more so now, more than 30 years after McElroy’s death, that no one was going to say anything.

The mystery of No One Saw a Thing is what has propelled the docuseries forward for its planned six episodes. It seems like the idea was always to stretch out the retelling of McElroy’s alleged crimes and his death to conclude in the sixth episode. Still, the series could continue with a Season 2 if another unsolved mystery is presented for viewers to theorize about and investigate themselves. But right now, it looks like McElroy’s story is coming to a close.

No One Saw a Thing airs on Thursdays at 11 p.m. ET on SundanceTV.