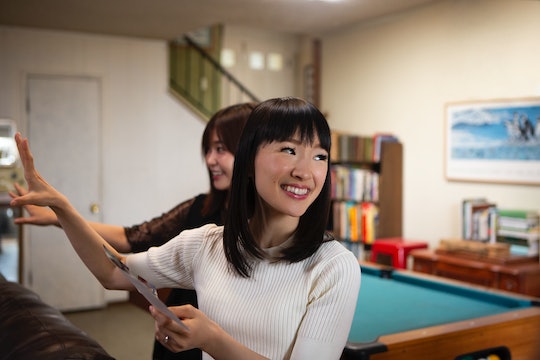 No matter your reason for wanting to declutter your home or downsize, Tidying Up With Marie Kondo has been eye-opening. It isn't about buying a new house or upgrading your home while adding expenses. It’s about figuring out ways to get rid of what you don't need and organize what you do need. I’m sure that most of us have already breezed through the first season, so will there be a Season 2 of Tidying Up With Marie Kondo? Right now, there hasn't been an official announcement about another season or if it’s meant to be a standalone eight episode special on Netflix.

Honestly, it could go either way at this point. Sometimes, Netflix series are renewed for one or more seasons before the first season has even come to an end. Other times, it takes months after the series premiere for Netflix to take another chance on the show and give it a second season. In this case, I’d imagine that Netflix will eventually renew Marie Kondo’s series for another season, if only because of how unique and genuinely useful it is. Because nothing has been announced yet, however, right now those eight episodes are all the home organizing help you’re going to get from Kondo via Netflix.

The show is currently casting for future seasons, which is a good sign. Netflix hasn't yet officially renewed Tidying Up With Marie Kondo just yet, but if they’re looking for more clients who are in need of home organization, it could mean that a renewal announcement is coming.

Tidying Up With Marie Kondo Season 1 has shown viewers how best to organize their homes, regardless of why they need the help. Whether you have rambunctious toddlers who make it hard to stay organized or a small living space that you suddenly realize you’ve cluttered up, the first season has given viewers ways to get rid of the clutter and prevent some of it afterward.

Anyone can search the internet or Pinterest for organizing tips, and I certainly have, but nothing really beats having the professional organizing consultant in their home (or on their screen). Kondo made it her job to help people organize their homes and lives with the KonMari Method. As she explains on the show, it’s a method she created herself to use joy as your reason for keeping or throwing away possessions and organizing what you have left.

"When you use joy as your standard, you confront each of your things earnestly, and reflect on whether they make you happy in the present," Kondo wrote on Quora, when someone asked about the KonMari Method. "Consequently, you will begin to realize what kinds of things you want to surround yourself with and what your idea of happiness really is. Then, you can apply this decision-making standard of "joy" to your work and relationships. You will begin to feel more confident in recognizing and pursuing what makes you happy."

Kondo literally wrote the book on tidying, The Life-Changing Magic of Tidying Up, which likely sparked enough interest for her Netflix series. Tidying Up With Marie Kondo is another lifestyle reality series for Netflix, on the heels of the Queer Eye reboot. If it has similar success to Queer Eye, then it could have more seasons, including a Season 2 sooner rather than later. The Queer Eye Season 2 premiered just four months after its initial release on the streaming platform, which is unusual.

But given how unique Kondo's show is and necessary it is going into the new year, I can definitely see a season renewal coming. If there isn't a Season 2, however, you can always rewatch the eight episodes to take in more tips and read Kondo’s book to keep you on task. After just one episode, I felt like I could reinvent my entire home and wardrobe, so it’s totally inspiring.