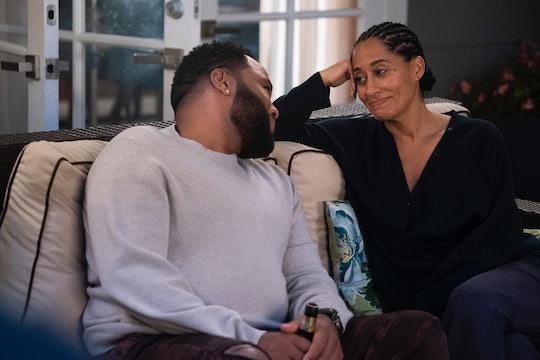 Somehow along the way of primetime dramas and comedies, ABC became the place for blocks of sitcoms during the week, including black-ish, The Goldbergs, Fresh Off the Boat, and American Housewife. Some of those even inspired spin-offs to continue with similar success. But now that Season 5 is coming to an end, fans will be no doubt be wondering if there will be a Season 6 of black-ish. It was touch and go for a little while, but a few weeks ago, ABC renewed black-ish for Season 6, so you are guaranteed at least one more season of your favorite TV family.

Season 4 of black-ish brought with it a whirlwind of emotions which isn't typical of sitcoms that are more about comedic value than an ongoing serious storyline. But a running theme of the season was whether or not Dre and Bow could get through their marital troubles. It made for a more serious theme that ultimately ended with the family staying together.

Season 5 went back to the black-ish basics, although there were more important issues peppered in. Like when Dre and Bow felt that Diane's school photo didn't have proper lighting or when Dre and Bow struggled to keep Kyra as part of their family to give her a good life with them. And now that the series has been renewed, I'm sure we can expect another batch of episodes that mix comedy, family drama, and important storylines.

black-ish's spin-off series are the best indicator that the flagship show probably isn't going anywhere anytime soon. Season 2 of grown-ish is going strong and Freeform just ordered a third season of the black-ish spin-off which follows the Johnson’s eldest daughter after high school. And now that a prequel, mixed-ish, is set to premiere on ABC in the fall, chronicling Bow’s life as a kid growing up in a mixed race family, you have to assume that black-ish is definitely here to stay.

The Season 6 renewal probably doesn't come as a huge surprise for most black-ish fans. The viewership this season remained in the 3-5 million range and was nominated for five Primetime Emmy and two Golden Globe Awards in 2018. It has been part of a new kind of family sitcom that doesn't require a laugh track or live studio audience, but does include serious moments that don't feel forced or like after school specials thrown in there. It’s no wonder that black-ish was renewed and has already given birth to two other shows in the same universe.

Going into Season 6, I expect more of the same humor mixed with important issues some viewers might not know much about otherwise. black-ish producer Peter Saji wrote the important episode "Black Like Us" from Season 5 which explored the way Diane said she felt treated differently within the family as the darkest member of the family. The episode focused on colorism, which is when dark-skinned people of color are treated differently than those who are light-skinned. It was an episode that, Saji told GoldDerby, tried its best to explain "hundreds of years of pain." And in a half-hour comedy, that can be difficult.

But black-ish has continued to walk the careful balance of showcasing important issues while also finding humor in life in general. The series has proven that it can explain hot button issues without changing the general tone of the series and even when things get more serious, it feels totally organic. It’s unclear what Season 6 holds for the Johnson family, but I’m sure fans can expect more of the same mix of important episodes, comedic relief, and storylines that propel forward slowly throughout the season.