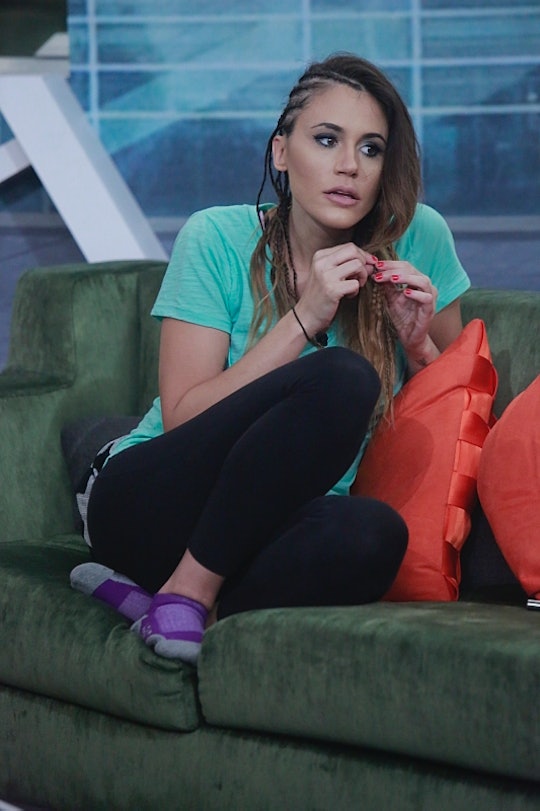 Will Tiffany Be Evicted From 'Big Brother 18'? Paulie Is Coming For Her

Just when we thought we had an HOH to take out the current Big Brother bad guy, Frank, we all realized with collective disappointment that since Frank and Paulie are on the same team, it would leave Frank safe for at least another week. Which brought Paulie's focus as HOH to Tiffany, who he'd been suspicious of since pretty much the beginning, convinced that she would play the game just like her sister. So will Tiffany be evicted from Big Brother now that she's up on the block and Paulie and his "minions", as Tiffany called them, want her gone, too? The whole reason Paulie even wants Tiffany gone is because of his perpetual suspicion of her that really had little merit, since one of the only similarities we've seen between Tiffany and Vanessa Rousso so far is their overactive tear ducts.

It was just her dumb luck that a house favorite like Paulie would win the HOH competition once again, because while the other houseguests had wanted to keep Tiffany around to help them vote against Frank, Paulie is all like, "nah" and they readily agreed. Once again, tough break for the sensitive Rousso, whose only other fault was trusting Da'Vonne.

When Tiffany told Da'Vonne about a possible all-girls alliance and Mama Day went right to Frank and told him exactly what Tiffany had just said, it was only a matter of time before it got back to Tiffany. And really, you have to hand it to Frank - at least he was honest with her about what he had heard and who he'd heard it from. But it just added to Paulie's own dislike of Tiffany. The original plan was to save Tiffany to have her fight another day or, you know, stay in the Big Brother house long enough to serve as another vote against Frank when the time finally came. But Paulie's paranoia about Tiffany playing the game exactly like her sister overpowered any plans he and his allies had cooked up, and just like that, Tiffany became a target once again.

When Tiffany's sister, Vanessa, was a houseguest on Big Brother 17, her game was eerily similar to Tiffany's current plans, as most Big Brother fans have come to agree. Then again, they could just be under the spell of the Calafiore charm like the houseguests, but that's a whole different thing. Vanessa cried a lot, to the point of us wanting to switch from any Vanessa Rousso feed until she was done, and it can be agreed that Tiffany already has the record for crying the most on Big Brother since her sister was a contestant on the show. Vanessa also made lots of deals and alliances, which is to be expected, but when she was wronged, she was quick to confront others. Followed by some tears of course. And so far on Big Brother 18, Tiffany hasn't been quiet when it comes to those in the house who are against her. I.e., the Frank the Dictator speech she gave the last time she was up for eviction.

But where Vanessa made it far on her season of Big Brother, ending in third place, Tiffany has found it a lot harder to build the right kinds of relationships with her fellow houseguests. It would be easy to say that it's likely because the season isn't that far along just yet, but to have the majority of the house against you (again) and be facing eviction (again) doesn't scream "friendship". And, according to Paul, that's what it's all about, right?

But will Tiffany be evicted from Big Brother this time? The poor girl has been up for eviction three times now, so you'd think she would be used to it, but basically being told you're unwanted in a house of like 12 other people has to take its toll on your psyche. Paulie is convinced that Tiffany is exactly like her sister, though, so as long as he continues to lead the people with torches and pitchforks, her exit from Big Brother 18 is all but secured.