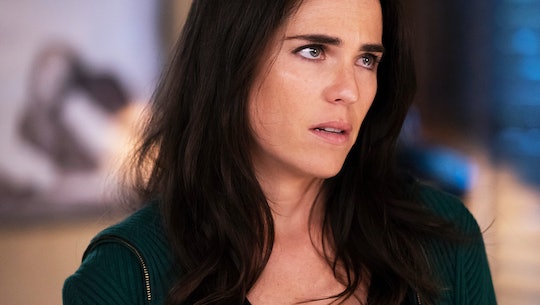 If How To Get Away With Murder doesn't get picked up for Season 6, the Shondaland Gods will never be forgiven. As per tradition, the HTGAWM Season 5 finale left fans stunned. To no one's surprise, the finale spilled secrets that were too juicy to keep. However, despite no word yet in regards to a sixth season renewal, the finale also ended in multiple horrifying cliffhangers that have fans aching for what happens next, including whether or not Xavier Castillo will be in HTGAWM Season 6.

Warning: Spoilers for the season finale of How to Get Away With Murder Season 5.

In the Season 5 finale of HTGAWM, the show introduced fans to Laurel's brother, Xavier, after pulling out the plot twist of the century in "Make Me the Enemy." While Emmett pleaded to Annalise that he was not responsible for Nate Sr.'s death, Bonnie uncovered the truth — with just a little help from blackmail. She got the real prison security footage of Nate Sr.'s "sick lawyer," who was also his killer, and while it looked vaguely like him from the back, it was not Emmett. Bonnie and Nate didn't recognize the man, but Frank did. It was Xavier.

Fans were blindsided by this reveal in Episode 14 and demanded an explanation on social media. On Twitter, the showrunner and creator, Pete Nowalk, promised fans that they would learn more about Xavier and "all kinds of fun things" in the HTGAWM Season 5 finale. And so we did.

In the finale, "Please Say No One Else Is Dead," viewers saw Xavier attempt to take Nate Sr. on as a client. Nate Sr. sees past Xavier's advances and refuses. Xavier then claims that Nate Sr. would regret the decision.

After watching the prison footage, Laurel claims that her brother wouldn't have acted on his own, saying that her father, Jorge, likely put him up to it. Later, Laurel and Annalise decided to meet up with Xavier in an attempt to "fix everything" and confront him about why he met up with Nate Sr. and paid off the guards to kill him.

While Xavier initially denies the claims in regards to Nate Sr.'s death, explaining that he just tried to get Nate Sr. to fire his lawyers because he wanted to get back at Annalise for "destroying" their family, Laurel accused Xavier of also scalping their mother, Sandrine, whose scalp was delivered to Laurel in the previous episode. Once again, Xavier denied the claim and Laurel ended the conversation with comparing Xavier to their father. However, things start to unravel once Annalise asked Xavier what he offered Miller.

Turns out, Xavier offered Miller the DA job if he spoke with the prison warden to get Nate Sr. transferred when Xavier's guards were working. But, Xavier's bribe didn't exactly work, as Miller scheduled an early transfer and tried to play Xavier instead. Unfortunately, Xavier caught on and still managed to get Nate Sr. killed. Xavier then threatened to murder Bonnie and everyone else he loved if Miller crossed him again.

Annalise asked Xavier if Governor Birkhead approached him with the plan in exchange for his father's freedom. He didn't respond to the claim, but as soon as Annalise and Laurel left, Xavier calls someone — and guess who? It's Birkhead. He reveals that Annalise was right and suggested they move on to plan B.

In the final moments of the finale, Birkhead frames Emmett on live television. Annalise gets wind of this as she and Laurel are headed home. A few moments into her call, Annalise turns around and sees that Laurel has completely disappeared. She immediately calls Frank, who frantically rushes to see if Christopher in his crib. Laurel's baby is also missing and that's where the episode cuts to the credits.

So who took Laurel and Cristopher? Where did they go? What happens next? While fans don't have the answers just yet, after the altercation that just happened, I bet that Xavier had something to do with it — or if I'm wearing my tin foil hat, that Laurel's mom did it. Regardless of what actually happens, if there is one thing for sure, ABC better renew HTGAWM for Season 6 so that fans get to see it all unfold.