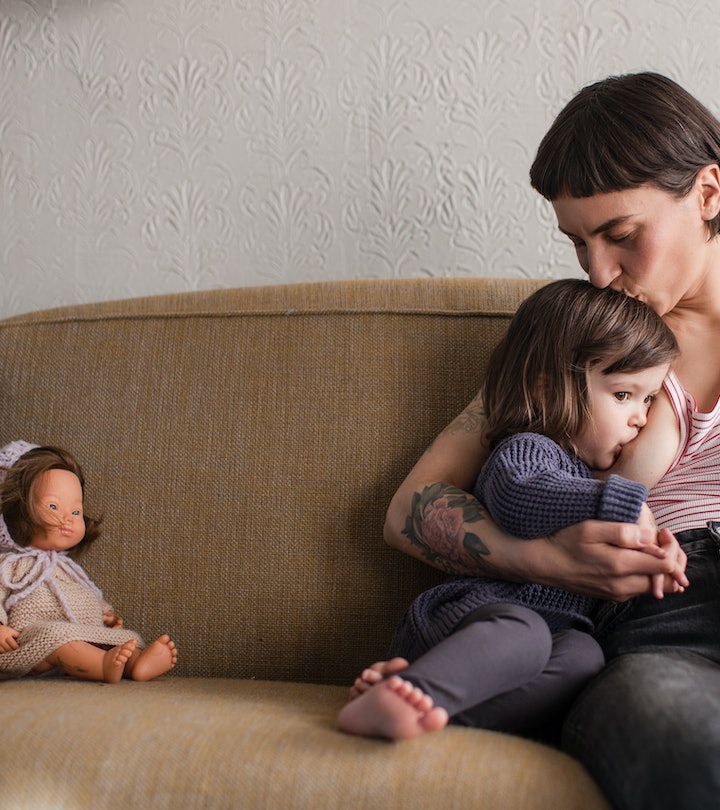 The Benefits Of Breastfeeding Past 1 Year

There’s no reason you can’t nurse your toddler

If you’re trying to decide whether you should continue breastfeeding after your child’s first birthday or not, it might be helpful to know the advantages of pushing on. It’s important to note that, regardless of the potential benefits, there is no obligation to breastfeed past a certain age (or at all). It’s a personal decision, and sometimes it’s not even one you make — sometimes your body makes that decision for you.

If you feel good about breastfeeding after their first birthday, go for it. Just be sure to start adding safe solid foods to your baby’s diet after six months of age so they’re meeting nutritional needs. Below, lactation consultants weigh in on the benefits of breastfeeding as your little one gets older.

What is extended breastfeeding?

The term “extended breastfeeding” is sometimes used in reference to people who breastfeed beyond a year. “It came from the AAP’s previous policy stating that parents should aim to breastfeed their babies up to one year and beyond, as long as mom and baby mutually desire,” explains Chrisie Rosenthal, International Board Certified Lactation Consultant (IBCLC). “The AAP recently revised their recommendation to as long “as mutually desired by mother and child for two years or beyond.”

Some lactation consultants, such as Catherine Pestl, IBCLC, prefer not to even use the term. “I don’t think I would use that term because the length of a breastfeeding relationship is highly varied,” she says. “As the AAP puts it, ‘there is not a particular age before which breastfeeding must end.’

What are the benefits of breastfeeding past one year?

The benefits of breastfeeding do not come to an end when a child turns a specific age. “Breastfeeding continues to be a valuable source of nutrition and immunity for as long as it continues,” Pestl says. “Breastmilk is full of highly specialized antibodies and adapts with time to meet the specific needs of your baby. The nutritional density and personalized protection of breastmilk cannot be replaced. The microbiome of the infant, toddler, and child diversifies and thrives from frequent breastfeeding and access to breastmilk.”

Some other potential benefits of breastfeeding past one year, according to Pestil and Rosenthal, include:

All of that being said, breast milk isn’t the only way to ensure your baby is healthy and receiving all the essential nutrients and calories they need to grow and develop. Always remember that fed is best and whether your child receives breast milk, formula, or any combination of the two during the first months of their life, you’re setting them up for success.

If you think this is your breastfeeding journey, there are a few things to keep in mind. Extended breastfeeding does come with some challenges, namely, dealing with other people’s opinions. “One of the most harmful challenges faced by those breastfeeding beyond one year of age is the ill or misinformed opinions that others feel entitled to lay on breastfeeding parents and the societal desire to rob women of our sovereignty over our bodies, our reproductive health, our rights and our children,” Pestl says.

Dealing with judgmental friends, family members, and strangers can be tough, Rosenthal agrees. If you want to do extended breastfeeding, be prepared for comments and maybe even some stares, and think up some responses to have on hand.

A good tip from Rosenthal is to find some support in others, such as friends who are also breastfeeding babies older than one. “You can often find those parents at breastfeeding support groups, La Leche meetings, parks, and preschools,” she says. “You can also search out local groups of breastfeeding parents online and plan your own meet-up.”

Remember: Breastfeeding past age one is entirely your choice and no one else’s. You don’t need to explain yourself to anyone. There’s no reason to stop breastfeeding at age 1 if you don’t want to, so do what works for you.