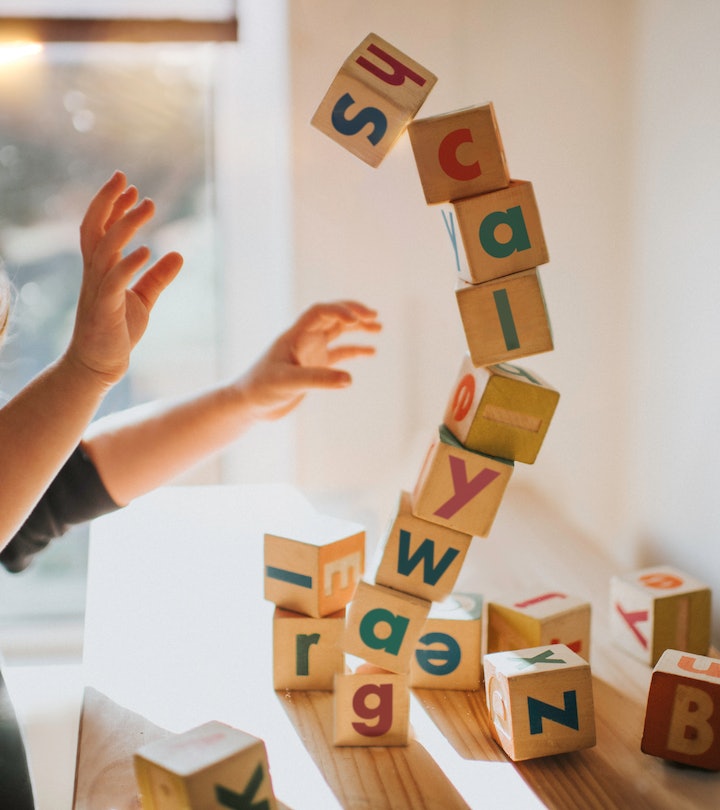 Here’s How Mercury Retrograde Can Affect Your Toddler’s Tantrums

Talk to my mom about your toddler's bedtime tantrums and she will sit you down for a chat about what she called my "witching hour," or the moment at which I lost my sh*t if I was awake beyond my usual bedtime. Parents know these things about their children, like when a screaming fit is bound to happen in the middle of Target and how much wiggle room they have before nap and meltdown mode approaches. But what about when a planetary shift throws a kid's mood? Are there tips for how to deal with tantrums during Mercury Retrograde?

When Does Mercury Retrograde in 2021?

How can Mercury in Retrograde affect tantrums?

"Mercury as a planet governs all aspects of communication, and toddlers are not immune to its effects," Dr. Athena Perrakis of Sage Goddess tells Romper in an email interview. "In fact, I often think children are even more aware of the energies around them, since they have not yet learned — as we adults have, sadly — to doubt their intuition or question what they are experiencing energetically."

Perrakis says that Mercury Retrograde may not lead to more tantrums because it does not necessarily magnify the intensity of communication. "But it does set the stage for miscommunication, over-reaction, and the taking personally of words and messages that are not intended for you," she says. "When it comes to parents and children, and their interactions during Mercury retrograde, work on exercising additional patience. Don’t take messages and signs at face value and know that your first reactions to stimuli right now might not be accurate.

Communicating with your child during a meltdown

The most common emotion with the planetary shift will be frustration. Perrakis suggests taking time to ask your children how they are feeling, and be sensitive to the fact that, just like you, they may feel overwhelmed or unheard.

"Adults and children feel annoyed when they believe they are communicating clearly but their messages are not being accurately received or interpreted by the other party, which is Mercury Retro’s most common effect," she says. "Parents may feel on edge, while children may feel unheard or unseen when what they are trying to say or communicate is not received clearly."

Perrakis says no matter what, it's important to remember that no one is to blame for the roller coaster emotions (yes, that means you get a pass for your tantrums, too).

Parents will have their own tantrums, too

"Parents, it is natural to feel more frustrated during these phases of retrograde planetary activity, especially when the retrograde planet — [in this case] Mercury — is responsible for communication," she says. "Be patient with yourself and your child, allowing for the possibility that what you heard may not be what they intended to say."

Perrakis encourages parents to keep their cool and instead try to create space for dialogue with their kids. "And remember, your children are ancient spirits trapped in tiny bodies," she says. "Treat them with the same reverence you would expect and demand."

"Take a breath and know that soon, Mercury will begin its forward movement and with that direct momentum will come a renewed sense of clarity, direction, and inspiration," Perrakis says. With time, parents and children will be of better sound and mind to express themselves and listen to others more calmly. Which is something all parents of toddlers and teenagers alike can only hope for — planetary shenanigans or not, right?

This article was originally published on Dec. 8, 2017