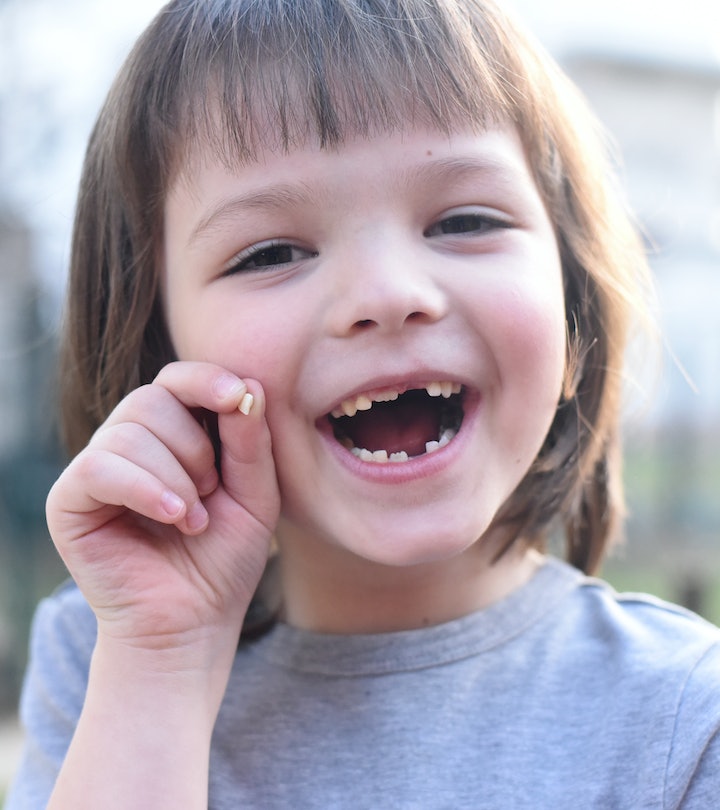 Is The Tooth Fairy Real?

How to handle the myth of the winged canine collector.

The myth of the tooth fairy was essentially created as a way to make the weird, sometimes painful experience of losing teeth, a little less traumatic. Telling kids a magical fairy will fly into their room and exchange their bloody nub of a baby tooth with some sort of toy or trinket can make it all a bit more pleasant. But talking to kids about the tooth fairy can get tricky. As they may look you squarely in the eye and ask, “But is the tooth fairy real?”

I reached out to Joanna Faber and Julie King, co-authors of How To Talk So Little Kids Will Listen and the forthcoming How To Talk When Kids Won't Listen. I asked for their advice on how to discuss all things tooth fairy, and how to deal with any fairy fallout.

“The conflict for parents is that they want their children to enjoy a childhood full of magic and wonder,” says Faber. “At the same time, some of us feel a little uneasy about lying to our children. Especially when our kids are directly asking us for information about the world they live in. Happily, there is a middle ground where everyone gets to have their cake and eat it, too.”

The middle ground Faber speaks of, is one where everything doesn’t have to be taken so, well, literally: “Kids can experience the joy of imagination without believing that it is literally true. Ask any kid who has ever had a pretend tea party with their stuffed animals, or has spent the afternoon jumping over rivers of lava in the living room. They know there isn’t any real tea in those cups, and the living room is reassuringly lava-free. But that doesn’t take away from the fun. In fact, the pretending is part of the fun.”

Faber suggests keeping the whole thing playful, and talking about the tooth fairy in such a way that your child understands that you are pretending, if that’s important to you. It’s absolutely OK if your kid knows the tooth fairy is actually just mom in her robe sneaking in at midnight to jam $5 under their pillow. Again, the fun is in the fantasy.

When Kids Demand To Know The Truth

But what if your kid really insists on pinning you down, and demands to know what part of the world the tooth fairy hails from? And why isn’t she on the news more often? And how does her passport work? Well, don’t panic.

“It’s a big job for kids to learn about the world they live in and how it works,” Julie King says. “We don’t have to make it harder for them in the name of giving them a magical experience. If your child is confused by your pretending, and a playful approach is not working, feel free to explain what is going on in more direct language. You can say something like, ‘The Tooth Fairy is a pretend character. She doesn’t really exist. It’s like dragons and unicorns.’” Or muppets, or SpongeBob...whatever your kid is familiar with.)

King suggests that you can also say, “‘They’re not real, but it’s fun to make believe that they are.’ Chances are that your kids will be happy to go back to pretending with you. And if they don’t want to pretend, that’s OK, too. You can find a different way to play or tell stories that works for your child.”

Being A Tooth Fairy-Free House

Maybe you’re a parent who just doesn’t go in for the whole money-for-teeth exchange rigamarole. Maybe you find it strange, or unnecessary, or maybe you just don’t want to have to remember where you put some tiny satin “tooth pillow” in the middle of the night. Whatever the reason, it’s of course perfectly fine to not do the tooth fairy at all. The hitch, however, will be when your kid learns about it from peers, and wants to know why his teeth go in the garbage, while his friend’s teeth go into a monogrammed box from Etsy.

How To Not Spoil The Fairy For Other Kids

So, let’s say your kid has grasped the idea that the tooth fairy is actually something made up, that’s just for fun. What do you do when they decide to share this news far and wide? How do you keep them from shattering the fairy dreams of their friends?

But King acknowledges that it’s very hard for little kids to keep secrets. “If your kid tells anyway, no doubt he or she will have a robust discussion in which little Johnny defends his world view and your child presents the opposing argument. That’s not such a terrible thing. Johnny will probably continue to believe his parents over the neighbor kid. And if he doesn’t, then his parents will have to face the challenge of having a discussion about the nature of reality with their own child.”

In other words, it isn’t your job to doggedly preserve the myth of the tooth fairy for others. You get to tell your kid what you feel is right and appropriate. This isn’t to say you should let them hand out flyers at preschool announcing: “SANTA IS REALLY JUST YOUR DAD IN A POLYESTER BEARD!” Because along with whatever else we teach our kids, we need to instill in them a sense of kindness, and respect for other people’s belief systems.

Joanna Faber and Julie King, co-authors of How To Talk So LITTLE Kids Will Listen: A Survival Guide to Life with Children Ages 2-7, and the companion app, HOW TO TALK: Parenting Tips in Your Pocket.